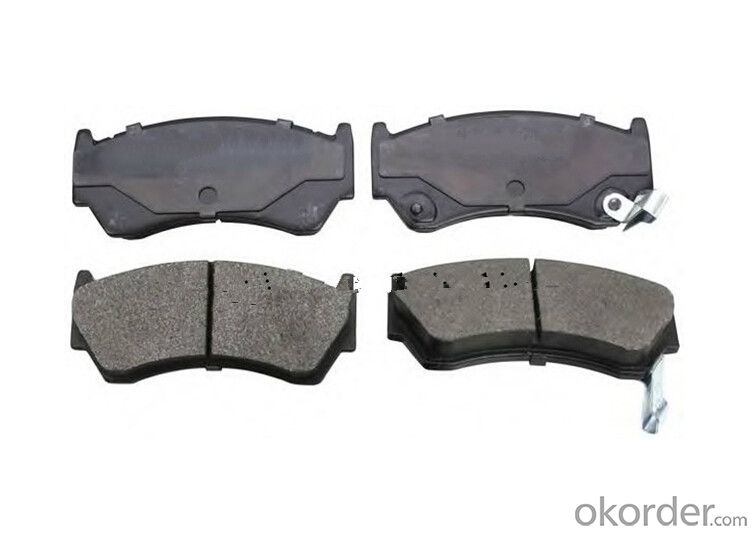 Trademark:According to the customers′ requirements

We promise to provide the highest quality products for every customers!

You give me a chance, I'll give you a satisfactory service

1> We have rich friction material formula system for every car series.

2> Most of our raw material are imported from Japan, German, France and Netherlands.

3> We have all the craft, process and technology in brake pads producing line in the world.

4> We have big bench test instrument to promise the braking performance of our products.

And every our new formula are tested by installing on our local taxi.

5> We can produce as your samples.

6> We can supply you with OE quality brake pads.

7. Port of shipment: Qingdao or Tianjin 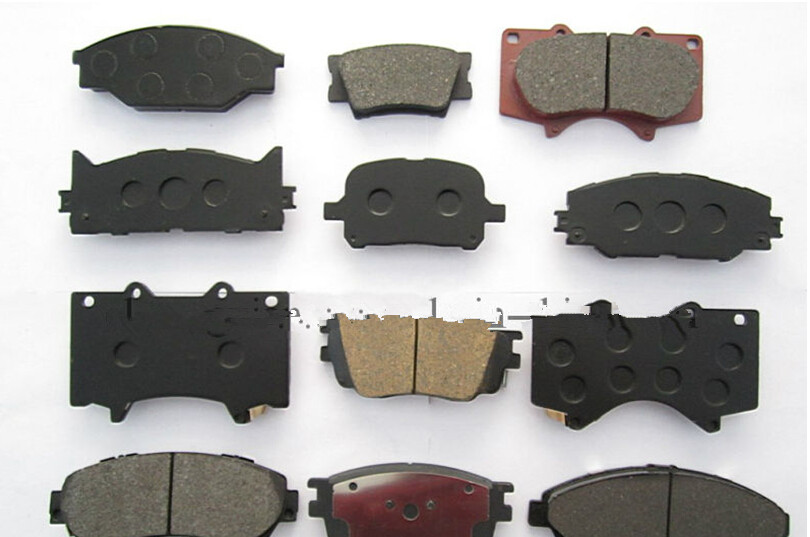 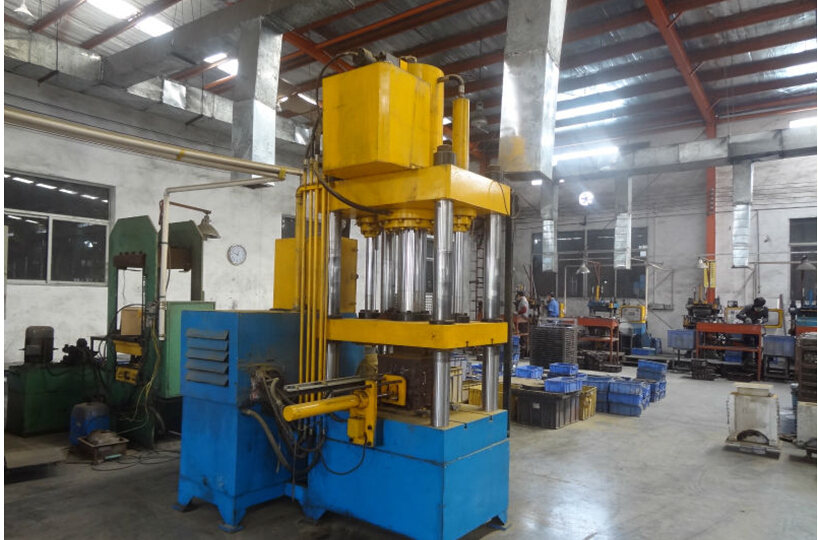 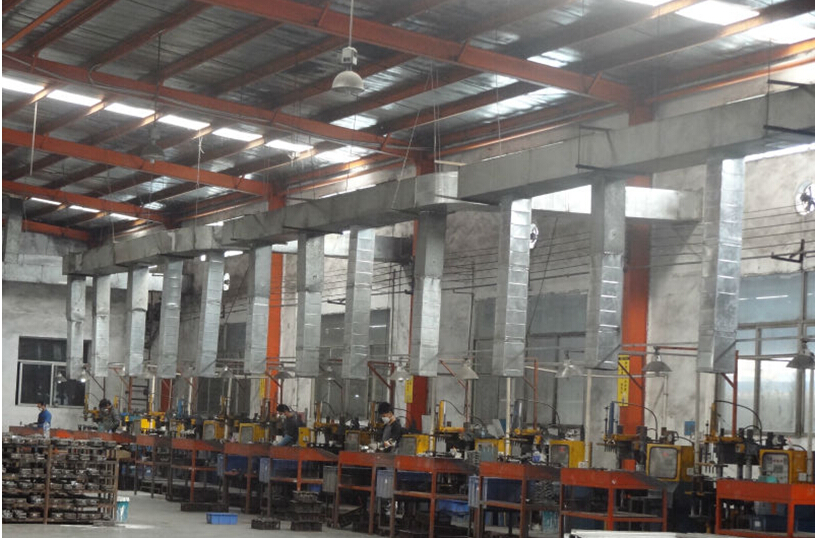 Q:What‘s the difference???? Motorcycles
ABS are Anti-Skid brakes. They keep your brakes from locking up in a panic stop situation and provide safer and more effective braking. You can brake harder and stop quicker with ABS brakes. They are more expensive that standard brakes because of the electronic sensors and controls that are required to make them operate.

Q:.and can you use either kind?
Organic (or non-asbestos) Pads: This type of motorcycle brake pad is made by mixing non-asbestos fibres, such as glass, rubber, carbon, and Kevlar, with filler materials and high-temperature resins. The resins act like a thermo-set plastic, which holds the components together like glue. They can have a small proportion of metal and are then occasionally called 'sintered'. Largest market share among motorcycle brake pad types Lower brake disk wear A softer bite point and therefore easier to control Softer compound which creates less noise, but can wear faster and create more dust. Thermal performance to 800deg C Longer bed-in time required Prone to glazing when standard thermal performance limits are reached Sinter Pads: These pads have a very high metal content. Sinter motorcycle brake pads heat up more quickly and run to a higher temperature. With more kinetic energy converted more quickly to heat, they are very effective. It is important how they are made though: Run your fingers over premium sinter brake pads and you feel a smooth surface of finely cut, evenly distributed metal particles – do the same with budget pads and you get a rougher surface that acts like wire wool on your brake disc. Higher friction levels, which are maintained in wet conditions Low tendency to 'fading' brake performance in extreme conditions Shorter bed-in period A defined bite point A higher running temperature, also affecting the brake disc surface Not suitable for all brake discs (cast iron) or callipers More prone to suffer corrosion Brake fluid requires more frequent inspection As a very general rule, sinter motorcycle brake pads perform best on steel brake discs and organic pads tend to be kinder to cast iron discs.

Q:I want to ride a motorcycle. money is not a problem. the bike i want is a streetbike. my mother is aware that i am responsible, but she is just afraid that i will get hurt. I am aware of all of the consequences of driving a streetbike. I know that insurance will be a pain in the *** and i am ok with that. where i live you have to be 16 with a drivers license and parents permision to get a motorcycle license. or else you must be 18 without permission. Please help.
Find a rider training course in your area (talk to the DMV to find out what is available). Many have bikes that you can use for the course - and it might let your mother know that you are being responsible about your decision to ride a motorcycle. A lot of new riders jump on a bike, pull out into traffic, and get wiped of the face of the planet by some idiot who 'never sees' them. It's important to ride like you are invisible (or pretend like they are actively trying to kill you - it's not far from the truth in some cases). Learning to stay out of other vehicles blind spots, not slamming on your brakes if the vehicle in front of you stops suddenly (you can stop quickly, but the car that just rear ended you into oblivion couldn't), looking for 'escape routes', and most importantly - making sure that you know your limits, and the limits of your bike. Good luck! Have fun - and be careful. They are out there - and they are stupid.

Q:Does it matter if i extend the hydraulic brake line/hose of a motorcycle brake?? Present hose/line is about 3feet and want to get a 7feet hose? Will it affect performance? Thank you guys
Are you turning it into a chopper? As long as the hose is in good shape or is a braided steel/teflon lined line, no it won't. Both of my Kaws have a total of around 7 feet of front brake line when you add them all up. Now if the lines are old and spongy, they will swell when under pressure and reduce the braking power. Whatever you do, use manufacturered brake lines and don't go trying to fabricate your own, your life isn't worth the risk.

Q:My friend has a motorcycle. I don‘t know what kind it is, but it isn‘t a Japanese one. It looks too American. He says that he smells burning. I ask him what kind of burning, he says like metal shavings and thinks it‘s his brakes. He checked his fluid the day before and that it was full. He said his brakes squeal but that everyone says it‘s common for this year of bike to do that anyways. What else could it be? I know this is vague, and I‘m sorry. I know a lot about cars, but nothing about motorcycles.
Squealing breaks are common yes but it's not 'normal' Apart from the engine there aren't a lot of big moving parts that interface with each other being able to produce such a smell apart from the brakes. Is it possible that his brake pads are close to gone? I noticed a grindy feel on my bike once and then realized the brake pads were completely gone and I was braking metal-on-metal. Smelly too! :)

Q:I would like to learn how to ride a motorcycle. The problem is last time I tried, I skidded and fell off twice. Thankfully it was in the grass so I suffered just brusing and mildly skinned arms. So I‘d rather not get on one again. But I was hanging with the relatives last night, and it turns out I‘m the only guy not riding. They could basically start a club/gang. I‘m looking for motivation and inspiration to get on it again. What got ya‘ll riding?
Just for the sake of curiosity, what was your first bike? I first started riding because I was kind of pushed into it but I just wasn't ready at all and I'd had zero training - not even a CBT. I didn't have a clue what I was doing and I wasn't safe at any speed. To give you some idea how totally inept I was, I thought I was supposed to put my feet on the rear pegs and hit the brake on bends and corners. I gave up for a long time after my bike skidded on black ice - no harm done but it scared me. I did the CBT two years later (to ride for another two years on learner plates) and after some p*ss poor training at a local motorcycle training school I took the motorcycle test and failed five times. A couple of years later I got back into it (I had to do yet another CBT!) and trained on a full-size bike (two 650 Nighthawks) at a much better school and took the test again. I failed again but only by a whisker and the examiner told me himself I had just been unlucky so I didn't feel too bad and when I took the test again six weeks later I passed. I only just got back into motorcycling again this year but for the first time ever I'm riding with a degree of confidence and I'm slowly learning how to corner. I'm still slower than just about anyone else on two wheels but I'm making rapid progress and I'm enjoying it. I'm looking forward to the summer weather so I can get out there and spend some quality time in the saddle.

Q:Any information on motorcycle statistics is helpful, same with cars, thanks!
Roughly the same as those you get when you compare horses to mass transit. To make an honest comparison of anything you have to only have one element on each aside of the equation. Adding variables screws up the math.

Q:I‘m interested in purchasing a motorcycle. I‘ve ridden before and i know how to drive. The issue stems from the fact that my father is in possession of all of my money. I‘m 18, but unfortunately, the state i live in has the age of majority set to 19. My dad had a rather bad wreck on his motorcycle last year and was stuck in the hospital for several months. He had to have several surgeries to repair the damage. He refuses to acknowledge that the wreck, which occurred because the brakes locked up, was his fault. Had he practiced proper maintenance and storage of his bike, it wouldn‘t have occurred. That being said, his wreck also occured on the interstate. I‘m fully aware of the dangers. I‘m planning on riding only on backroads while im in college. It‘s a small town and i won‘t be traveling much, therefore I won‘t even be in a situation that could lead to the same kind of wreck. What can i do to convince him to give me MY money for the bike?
Most likely you'll have to want until your 19, I've had a lot of friends, relatives have wrecks and some took their life's. I've found that when some people give up riding because of a wreck or someone else's wreck, you can't change their mind. I'm afraid you'll have to wait. riding 50 yrs and counting

Q:today i went on craigslist on a saw this used 2008 Honda Varadero XL1000VAmotorcycle for a pretty cheap price for a its condition. i ended up buying it bc it looked so cool.However, as i took errands and drove it back home the engine was sort of quivering a bit and the and the tires and brakes looked like they have never been replaced. My question is whether this bike is suitable for daily commute for me in florida key west. i might plan on taking it to school Florida key west community college.
Honda makes extremely reliable motorcycles. But if they are neglected then they can be a problem. You have already bought the motorcycle. You said it was cheap. You more than likely got exactly what you paid for. Buyer beware, especially when it seems to cheap to be true.