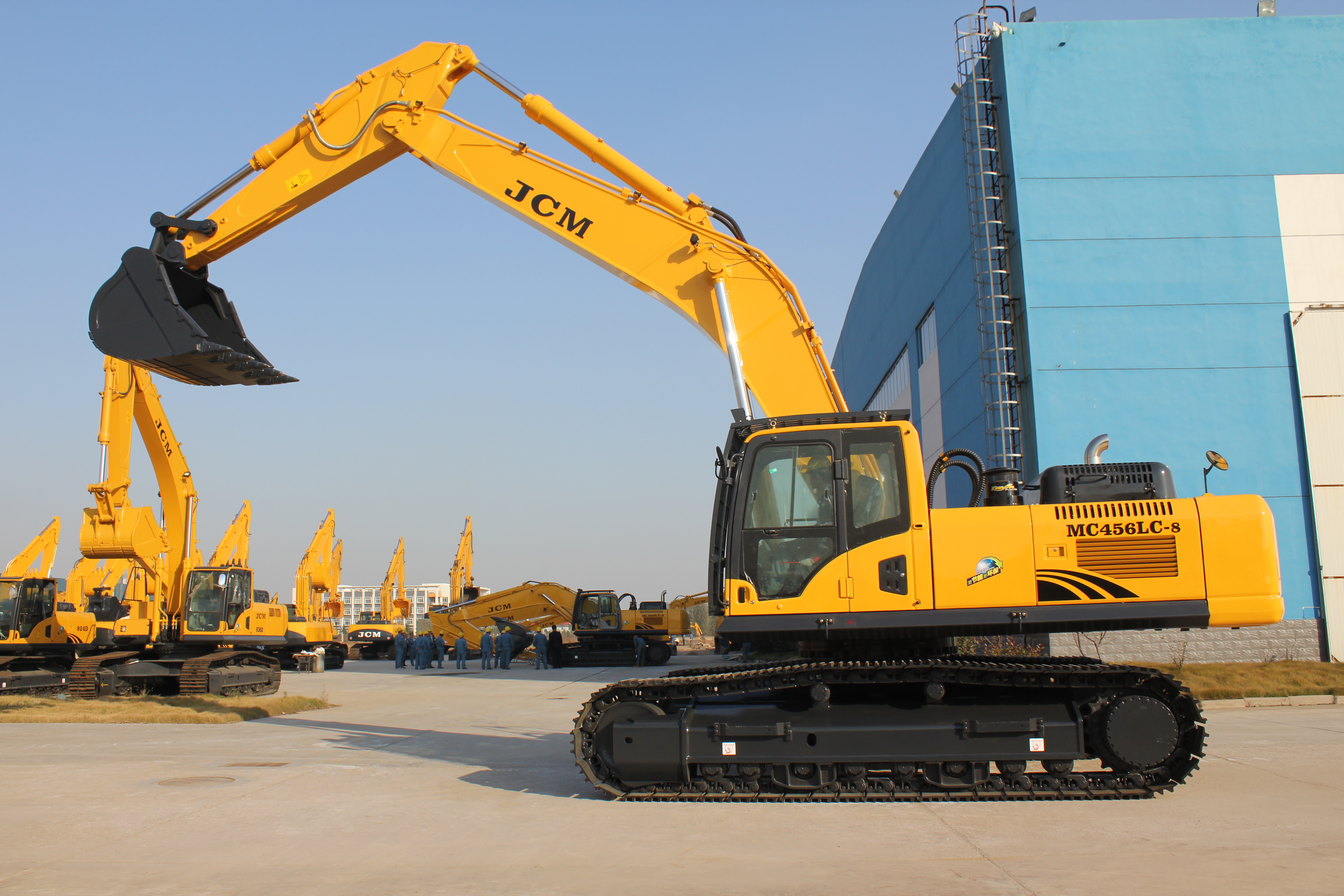 Q:Improve the excavator bucket teeth wearing resistance.?
......ok. I'll take a guess at what you're asking. If youre wanting to know how to get longer life out of your teeth, why not just build them up with wear plate, or hard surface them? You never said what this excavator of yours is even. Big difference in what youre going to do with the baby teeth on a small excavator in the 110 and under range, versus the teeth on a 1200. if youre working in ground that will allow, you can take a length of flat cutting edge, say, from a dozer, and weld it across the face of the teeth. This gives a larger wear face, resulting in much longer life.

Q:What's the difference between backhoe and backhoe?
What's the difference between backhoe and backhoe?:1 、 according to the difference between the excavation route and the transportation vehicle, there are two ways to dig and unload the soil: forward excavation, lateral unloading, forward excavation and reverse dumping2, the backhoe digging is "back down, forced soil cutting, the stress ratio of mining shovel can stop a small, excavation to three below the soil surface, suitable for the foundation pit, foundation ditch, trench excavation depth is less than 4m, but also for soil excavation, wet soil with high moisture and underground below the water level of the underground water level is high and the soil. The backhoe running way of ditch excavation and end side of the ditch excavation in two.Grab: digging characteristic is "straight up and down, cut the weight of soil, suitable for narrow and deep excavation pit mud or water, especially suitable for cutting under water, the soil is hard not grab construction.Pull shovel: the characteristics of excavation is "back down, self weight cut soil". Its excavation radius and excavation depth are larger, and it can dig the soil below the stopping surface. It should be used for excavation of large and deep foundation pit or underwater excavation.

Q:Doed China import most of it's products from the U.S. like the U.S. does with them?
The first thing to understand is China is a Communist country with a free trade zone in and around Hong Kong. Most of those factories are actually owned by the government, not the supervisors who you saw being interviewed. Most of the privately owned factories in the free trade zone are owned by British or American Captialist. China produces most of the raw materials they need. They have vast resources on the Asian Continent. What they don't produce themselves, they import from regions of the world where it is cheaper than importing from the U.S. The finished goods are then sold in the U.S. The US. American companies can maximize profits by importing Cheaply made Chinese goods instead of manufacturing the same goods in the USA where labor cost are higher. Greed was just as strong in the Robber Barons of the past as it is in the Capitalist of today. The reason the jobs were in America is because the USA had tariffs and other taxes on imported goods that made them cost the same as domestically produced goods. There was no advantage to importing goods over domestic production. Today's congress has repealed the tariffs and taxes to maximize the profits of the American Capitalist.

Q:help on world history homework?
The first major discovery, Tomb 1, was uncovered shortly after excavators found an enormous cache of 1,137 ceramic pots, which overlay the skeleton of a man in sitting position. This position was UNUSUAL because the Moche normally buried their dead lying flat and facing upwards. Later, the researchers nicknamed this man The Guardian because his feet had been cut off, perhaps to prevent him from leaving his position, and because of his position above (i.e. guarding) the tomb of The Lord of Sipan. Chinampas was the innovation Good luck

Q:Rate/Fix W/U/G Ally Deck (Magic The Gathering)?
I'm okorder.com. There's hundreds of users online at any given time (for example, right now there are 2000 people online), so if you were to go for help there, you should be able to get steered in the right direction within a few hours. Sorry if this sounded like an ad, but I don't know too much about the newer sets. Figure I can at least try to get you to someone who can.

Q:Clutch change.diy job?
Well its tricky of course but if you have good mechanical knowledge and understand some hydraulics then all you would need is the right tools and the time, and you can find diagrams online of your specific model and the break down of it, i did mine with a repair manual in about 5 hours i am by no means professional just someone that has learned through experience and is glad to share it.

Q:Where were the scrolls took after they had been found?
The story of how those scrolls traveled from the hands of young Bedouin goatherders to be under the scrutinous eyes of international scholars is stranger than fiction. Although all the details of the next few years will probably never be known for sure, this much is clear. After hanging from a pole in a Bedouin tent for a period of time, the seven original scrolls were sold to two separate Arab antiquities dealers in Bethlehem.

Q:Elegant Gecko ( dwarf sand gecko) 10 ez points.?
relies upon on what style of gecko the dwarf is and how different they're in length. additionally the dimensions of the tank they are going to be in. i could communicate with somebody who could comprehend, like a breeder. yet generally, you does not decide for to place them mutually (they could combat and get territorial) in case you do positioned them mutually, continually be sure they have lots of food so as that they dont finally end up combating over food yet i wouldnt propose putting them mutually