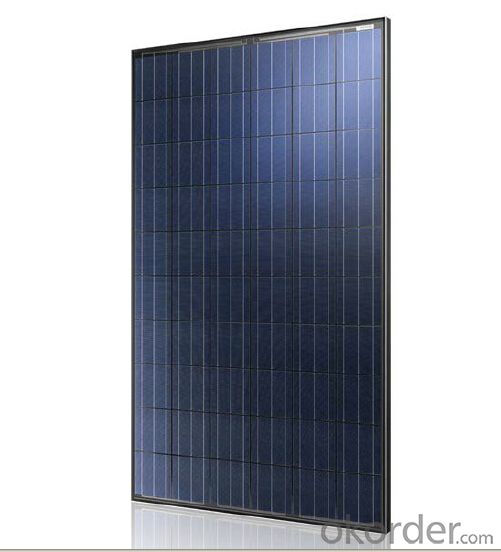 Q:What factors effect the amount of electricity produced from solar panels?
It depends on what you mean by amount of electricity. Normally that would mean the total energy produced over a given period. In that case, the main factors are ) Efficiency of the solar cells 2) Total irradiation received: incident radiation density times the solar panel area, and the angle of the incident radiation. Item ) is determined by the materials and method of construction of the solar cells Item 2) depends on the location of the panel, both on earth's surface (latitude), time of year, and how the panel is oriented with respect to the horizontal. Altitude of the location can also be a factor. Prevailing weather conditions, number of cloudy days, etc. are important. Independent of these parameters, larger area means more electricity.

Q:How long does it typically take for solar panels to pay for themselves?
Hi Warne, Payback period of solar panels depends on three main factors: ) Amount of solar radiation available: the more solar resource available at a site, the shorter the payback period will be. The insolation level is a function of latitude, cloudiness, elevation and some other factors. 2) Availability of grants, incentives and tax credits. Reducing the initial cash outlay is a great way to speed up profitability. For example, in the US, the 30% federal tax credit greatly reduces the payback period as it puts some of the cash back in your pocket in a short amount of time. Minimizing the initial cost has a big impact, since money in your pocket today is always worth more than money down the road. 3) Net metering or feed-in-tariff. If you are able to sell back your excess power, or all of the solar electricity to the grid, then you can also improve the payback period. Feed-in-tariffs are not very common in North America, but net metering is an option. Investing in energy efficiency measures (e.g., LED lights) at the same time as solar may help generate more excess power and help with the bottom line. There are some online calculators which may help you put all these together for a specific site. I'm including a link below.

Q:How can I power 5v or .08 amps in a remote loaction via solar panel.?
First things first. 5 Volts @ .08 amps would be .2 Watts. therefore you would need at least the same amount from a solar panel to replenish the batteries. But what puzzles me is the notion that plugging it in a wall outlet ? If you use 20 V @ 0.08 then the power consumption is 9.6 Watts And what is a meraki wireless repeater? I never heard of one. I'm a FCC licensed Ham and have some idea what is available. If you need 5 volts DC, you could use twelve Ni-cads in series and just keep them trickle charged with the solar panel That would make it compact. If you were to use an automotive battery (or motorcycle), then you would need a DC/DC converter.

Q:Increase Solar Panel Efficiency?
If you have a way to keep silicon panels cool, that really helps. On a hot summer day, our array was down 20% in production. I sprayed a hose to wash the panels, and for a few minutes, the power spiked to 20% ABOVE normal. The usual thing to do is mount the panels exposed to the wind if you can, or at least 8 off the roof otherwise. A few lucky souls with access to free stream water on their property have been known to use water cooling under their panels.

Q:Solar panels with snow?
Solar panels to almost 90 degrees. Clean off snow and spray with MINERAL SPIRITS. I just figgered this out during a snow storm today here at 8000 feet in So. Colorado during a wet and sticky snow. Panels are clean. Sealants used on panels are impervious to MS. Jesus loves us all.

Q:Solar panels for car fans?
You may not like it, but the answer's still the same. A car fan will draw anything from a few to several hundred watts, depending on which fan you're talking about (A/C, ventilation, cooling). A solar array will take up roughly one square meter to generate 00 Watts with the sun shining straight down onto it, so you'll need to cover (more or less) the entire roof (or hood) with solar cells in order to power that fan (minimum). If you still want to go ahead: Solar panels, Fuse, cables. Preferrably one cut-out diode per panel (in addition to the hopefully present internal diodes in the panels) in order to prevent one panle dumping its load into the next instead of into the fan. Much better option: get a low power fan (e.g a slow running computer fan) and connect it to that panel of yours. These fans make do with about 0 Watts (at a much lower air throughput), so you'll actually have a chance of running it from the solar panel without coverig your car in panels.

Q:What ever happened to solar powered panels?
The technology did not die out. It is in fact quite alive and well, and there exist many different manufacturers of solar panels and devices utilizing them. The problem is that the technology has not yet advanced sufficiently to generate large amounts of power with solar panels, at least not with panels of any practical size and weight. You can easily buy a panel which will trickle-charge your car's battery during the day, but nothing that can generate anywhere near the power required to actually move a car's mass at any significant speed. You would need to buy panels with a very large surface area to make any significant amount of power, and these panels would be very heavy and very expensive.

Q:Does It really cost that much to Install solar panels?
It costs more than they will ever save you in electricity cost.

Q:would a lazier work on a solar panel?
lazier ? Do you mean laser? Solar panels are made to respond to all visible wavelengths as well as IR frequencies. So yes, it will respond to a laser, if the beam were not too bright. Too concentrated a beam could burn out the cell.