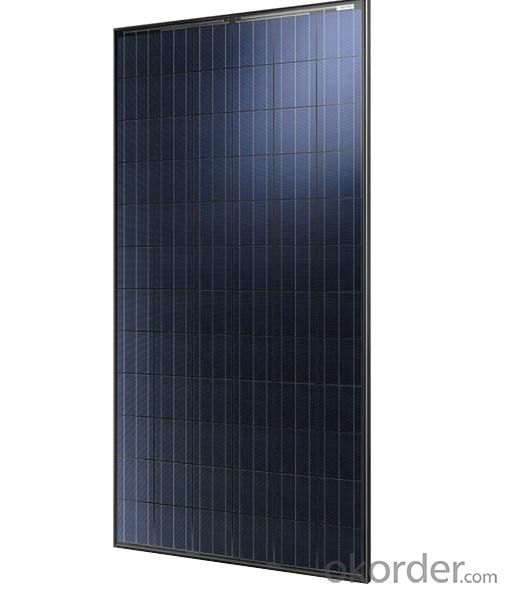 Q:can solar power panels installed at home provide enough electricity to power house hold appliances?
They can but it takes a lot of panels. A home averages about kw power. Peak power is higher (3-6 kw) but you can handle that with load leveling storage batteries. The total maximum solar flux is about kw/square yard (or square meter). Solar panels are around 0% efficient. Because the Sun travels across the sky, the overall power is about /2 this maximum but then ony during the day (/2 the time). Since you need to recharge your batteries for nighttime, etc. and battery charging is about 50% you lose abother factor of two. So, assuming the Sun shines every day, you can power your house on 80 square yards (700 square feet of solar panels). This is still very rare because the investment in solar panels, batteries, converters, etc. far outweighs what you spend for commercial electricity.

Q:I need help with solar panels?
Note: he didnt buy them, we found them at a property that we bought

Q:Does infrared radition occur in solar panels?
Solar panels do heat up. But that's because the radiant energy from the Sun that lies within the infrared (IR) band of energy causes the material in the panels to heat up. And that's the same for any body that has the Sun shine on it. Your face, for example, will heat up while you get a nice tan on the beach. That's due to the heat producing IR radiant energy. Now if those solar panels are supposed to heat buildings etc., that heat produced in the panels when the IR strikes them will be transferred, usually by some fluid, to floors of the rooms to be heated. And as the amount of heat generated by the Sun is proportional to the area of the solar panels, bigger areas of panel will generate more heat than smaller areas. Photoelectric solar panels are another kind. Here the interest is in the visible band of radiant energy from the Sun. Heat, from IR, is still there, but it is not the product sought by PE solar panels. The visible light photons knock off loosely bound electrons from the photoelectric material (typically silicon based) and those electrons are siphoned off as current. That's where the electrical power comes from for buildings using PE solar panels to provide their own electricity.

Q:thermodynamic question that includes heating water with solar panels?
Good points. I'm new to the solar energy world, but solar just makes sense. Who wouldn't want to make it work? The more I learn the more I think its a great alternative to some of the energy we use. This info really helps.

Q:how to connect a solar panel to a motor?
You really need to read up on some basic electricity before you begin this experiment. The voltages and current requirements of the motor as well as the supply all come into play

Q:How tangible do horseshoe solar panels sound?
Well here would be the problem with a horseshoe panel... Due to its shape, you will get a seriously uneven distribution of solar charge. Since the horseshoe shape resembles a parabolic function, the majority of the electrical photovoltaic cells will be spanned over the larger rise/run, meaning the two ends of the parabolic shoe. A way to combat this is that as it approaches 0 from both sides (0 tangency) is to put a higher concentration of photovoltaic cells in comparison to the two ends on either side. An even better design I would say would not to use a flat panel or even a horseshoe, but instead, use a sphere shape. It's globe-like shape would never need to be adjusted. The side pointing towards the sun would absorb and the remaining 360 degrees of shape would absorb ambient light which can trickle in tons of ambient charge. It is an eyesore but the round shape would be the most efficient. If you think about it, nature is the best example to model. Just look at a tree. It's general tree shape is rounded so that all the leaves can pick up some sort of light throughout the day.

Q:Electricity question about solar panels?
A 500 watt water heater is very small. Most are over 5000 watts. But even a water heater that small would not heat water with a 95 watt solar panel. Inverting the 24 volt to 20 volt would still give you 95 watts of power. A little short of the 500 needed. Sorry. Solar is cool but not practical for large loads unless you install more panels.

Q:How solar panels and furnaces work?
Well solar panels conduct electricity from the suns waves and turns it into dc current then it is either put into a grid tie inverter to change it to AC and it makes you meter go backwards instead of forwards. or if its not a grid tie inverter it is just put into batteries as dc then changed into AC from the inverter and then used for household appliances. nothing really does run on DC that is why it has to be changed. and for solar furnaces if you mean a water heater that works by a substance here in Pa its antifreeze is heated up by the sun in the panel it is in a continous loop and that is what gets heated up the water then flows over tow of the tube that contains what ever substance such as antifreeze and heats the water.were the water and the tube that changes the water from cold to hot is called the heat exchanger. the substance is actually get heated first then the water. solar heating for water accounts for 29% of water heating in the us. Now if you mean solar furnace as in passive solar thats completely different because here in Pa if we want it our houses have to face to south to get the suns rays. (alot more windows) and there is a cement slab placed only on the south side of the house and it has insulation covering it. There is a certain type of glass that is used for this that will allow the suns rays to come in and let the heat in for the summer and also for the winter. the main place for that would mostly be the first floor of the house due to the height of the windows and the angle of the sun(pa in the summer is 73 degrees and in the winter its 27 degrees) thats when the second floor would be ok to heat the rooms. Hopefully i helped and i explained it in a way that you can understand.

Q:what does a single solar panel weigh?
The okorder.com if you would like some ideas on how to do this.