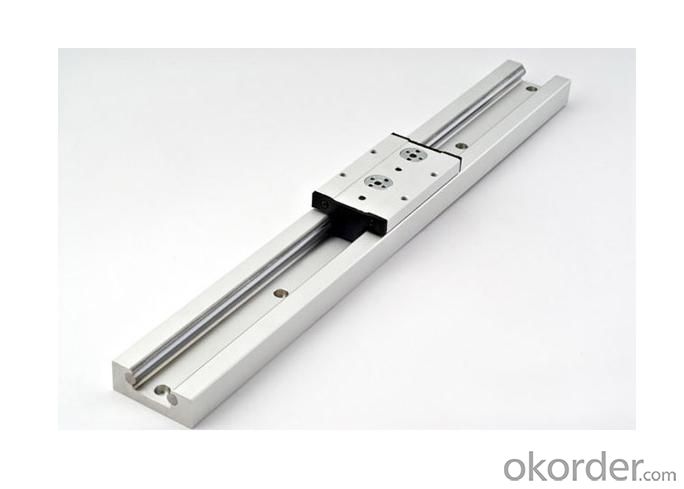 Repairing and cost for wear and tear parts which are exchangeable.

2.Repairing and cost for wear and tear parts which are exchangeable.

4.Do not need grind surface to install rail.

5.Both guide rail and slide board can move.

Q:Screw hole slip wire how to do?
Slippery wire that has been broken thread, once the damage is not possible to repair

Q:Who knows who invented the screw?
The spirits were invented more than 2,000 years ago, but less than 500 years for fixing things. The first person who describes the spiral is the Greek scientist Archimedes (about 287 BC - 212 BC) The Archimedes spiral is a huge spiral in a wooden cylinder used to The water is raised from one level to another, and the fields are irrigated. Its true inventor may not be Archimedes himself. Maybe he just described something that already existed. Perhaps it was the ancient Egyptian craftsmen who had designed it to use the irrigation on both sides of the river. Archimedes spiral in the ancient society are used to raise water, no one considered to change it into a fixed piece. Archimedes spirals are widely used for water lifting. For example, the Romans used it to drain the mine. In the Middle Ages, carpenters used wooden nails or metal nails to connect furniture and wooden structures. In the 16th century, nail workers began to produce spiral nails, these nails can be more firmly connected things. It was a small step from this nail to the screw. At the end of the eighteenth century, screws were quite popular as fixed parts, because at that time a cheap production method had been found. Screwdriver (chisel) appeared in London around 1780 years. The carpenter found that screwing the screw with a screwdriver was better than a hammer and could fix something better, especially when a fine screw was encountered.

Q:What way to screw a small screw
It is recommended to go to the hardware tool shop to buy a small cross screwdriver it, the daily life is often used, with other methods may cause damage, it is not recommended.

Q:Is the tail screw? If it is mainly used in what place? If not what are they different?
Yes, can be directly set in the material, the basic material on the drilling, mainly used in the steel structure of the color steel tile can also be used for simple construction of thin plate fixed.

Q:Engineering argument, usually referred to as the M3 screw, M refers to what is the meaning? The Please instruct the engineering staff.
International Metric Thread System: The national standard CNS adopts the thread. The crest is flat and easy to be turned. The tooth bottom is rounded to increase the thread strength. The thread angle is 60 degrees. The specification is expressed by M Metric thread can be divided into two kinds of coarse and fine teeth, such as M8x1.25 (M: code: 8: nominal diameter .1.25: pitch).

Q:M4.8 * 25 What does it mean in screw size?
You should ask the specifications of the method should be very rare 4.8 should be more from the tapping, should not use M said, M generally said that the machine thread

Q:What is the invention of the screw?
Should be the 18th century Mozzley in London invented all-metal precision screw lathe. The following year, Wilkinson made a nut and bolt making machine in the United States. Both machines can produce universal nuts and bolts. Nuts and bolts can be connected together metal parts, so to the 19th century, the manufacture of machinery to build houses of wood, has been replaced by metal.

Q:Screws, bolts, screws, what is the difference between the three ah?
Screws and bolts have a clear professional terminology, there is a clear distinction, should not be arbitrarily named. Screw and bolt classification has more than 100 national standards, only the standard of the screw there are 92, the standard too much, not convenient memory, not listed one by one, but there are rules to follow, you can simply distinguish: all round And fasteners made of threaded rods are called screws. It must be screwed with a screwdriver, a slotted countersunk head screw, a countersunk head screw, a hexagon socket head screw, a hexagon socket head screw, etc. Set screws, all kinds of set screws, do not take off screws, axial screws; all kinds of knurled screws (with knurled without tools to tighten); there are wood screws and tapping screws and so on. Fasteners with hex head, square head and threaded rod are called bolts.