Geomembranes are generally considered to be made from continuous, highly impermeable, extruded flexible sheets of either HDPE (High Density Polyethylene) or LDPE (Low Density Polyethylene). However, it is also possible to tightly weave small tape fibres of these polymers so as to achieve (either directly or by subsequent treatment) an impermeable membrane. Predominantly, the continuous extruded sheets are used for water containment or waste disposal linings. These inevitably involve the lining of soil slopes and, in order to increase the frictional characteristics of the membranes, so as to resist sliding, one or both sides of geomembranes can be provided with roughened or raised profile surfaces.

Geomembranes have a very low coefficient of permeability - much lower than most clays and natural soils. HDPE, in particular, is highly resistant to any form of chemical or biological attack. It is also very resistant to U.V. degradation. Many geomembranes are so inert that they cannot be glued together - the chemical reactions of adhesives do not work on them - they have to be welded together by heat. Their inert nature and long life characteristics make HDPE geomembranes ideal to act as liners for liquid chemical reservoirs, fresh-water reservoirs, animal waste containers, basal linings and top capping layers for waste disposal sites. During installation, HDPE geomembrane edges are sealed to one another with a double heat welded joint. The gap between the two welds is checked for leakage using an air pressure test. Many users consider that HDPE is the ideal material for the purpose of lining water and waste disposal sites because of its proven long term stability and resistance to chemical attack, but in addition to HDPE, there is LDPE, for less demanding applications such as fresh water retention and a membrane reinforced with a polyester reinforcing fabric for use where higher in-plane stresses have to be absorbed. 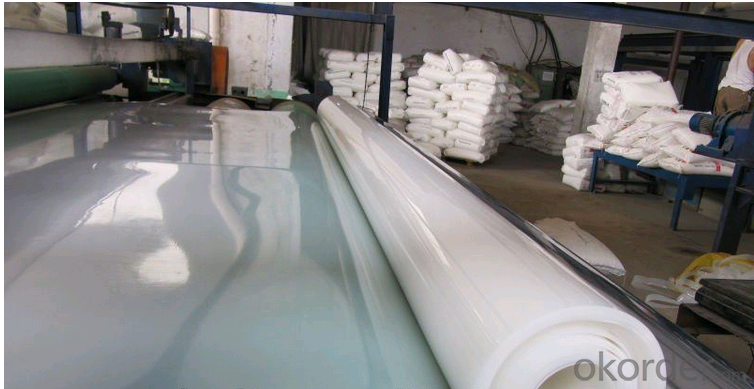 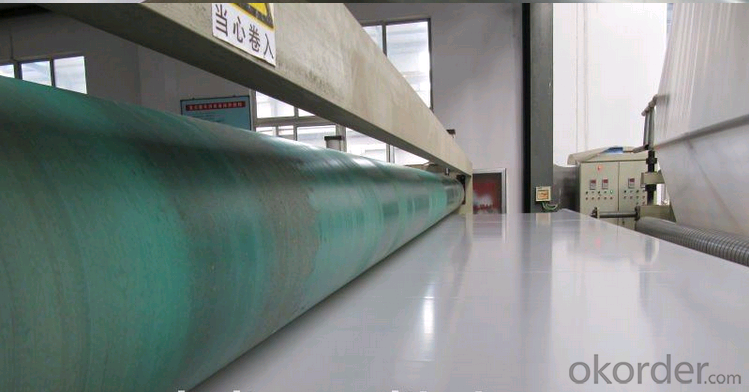 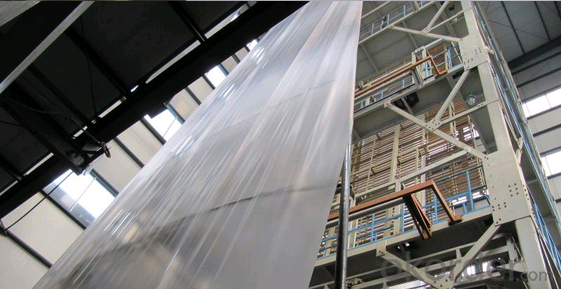 How about the delivery time?Lead time since receipt of 30% T/T deposit payment: 3 weeks.(Samples will be prepared within 3 days.)

2.What's are the MOQ?Generally speaking, the MOQ is one container, but we can provide you samples for quality inspection.

4. Can you produce according to customers' design?Sure, we are professional manufacturer, OEM and ODM are both welcome.

Q:How many square meters is a batch of geomembrane?
Geomembrane's batch is defined as production and plan specifications

Q:What other material can be used to prevent leakage in the fish pond except cement ? I have heard of geomembrane, but I do not know whether it is good?
It is sure that the waterproof effect of geomembrane is good.

Q:What are the functions of the one-way perspective film?
One-way perspective film (also called unidirectional film, mirror film, etc.) is a kind of film which can give the glass high reflectance to the visible light. 2) Service condition. This film is often misunderstood that it can allow you see through the window indoors without letting someone see indoors from outside. In fact, there is certain requirement that should be met to make it work. When the outdoors is brighter than the indoors, this film acts like a common mirror. The scene indoors can't be seen from the outdoors. The reverse is not true. But when the outdoors is darker than the indoors, the scene indoors can be seen from the outdoors and vise versa. The clarity depends on the illuminance outdoors. At present, this film is mainly used as observation window and hole with high level of concealment. The product can be used in Public Security Bureau, detention house, prison, court, karaoke, office, kindergarten, psychiatric hospital and other special sites.

Q:Geomembrane connection method
The connection of the geomembrane, the connection with the surrounding building and its own connection. The connection with the surrounding building, depending on the circumstances of the building, or buried in or anchored. Visible corresponding professional books. Geomembrane's own connection, there are two: hot-pressing and bonding with glue. Hot bonding, and now basically use a professional welding machine to complete. However, the operation must be for the material and the specific circumstances, to develop a operating procedures, test out the different circumstances may use the specific parameters. Daily operation at the beginning, according to the day of the scene selection and test to adjust to the actual feasible, adjust the parameters of the welding machine before the official operation. This will ensure the quality of the seam. Adhesive bonding, only the material can not be hot pressed adhesive adhesive sticky. Because the timeliness of this adhesive bond is difficult to guarantee. Try not to use. If selected, use the adhesive instructions to operate. Geomembrane joint welding operations must be checked after the time, will not meet the requirements of the joints to remedy.

Q:What is the role of soot carbon particles in geomembranes?
When carbon blacks are evenly distributed, they can absorb ultraviolet light, protect products from aging too early and increase the life time of products.