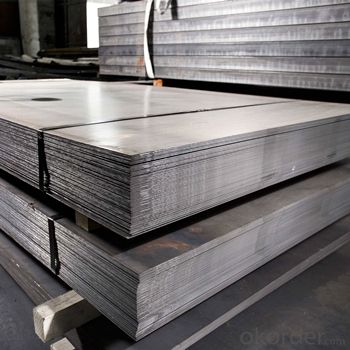 Aluminium atoms are arranged in a face-centered cubic (fcc) structure. Aluminium has a stacking-fault energy of approximately 200 mJ/m2.

In highly acidic solutions aluminium reacts with water to form hydrogen, and in highly alkaline ones to form aluminates— protective passivation under these conditions is negligible. Also, chlorides such as common sodium chloride are well-known sources of corrosion of aluminium and are among the chief reasons that household plumbing is never made from this metal.

However, owing to its resistance to corrosion generally, aluminium is one of the few metals that retain silvery reflectance in finely powdered form, making it an important component of silver-colored paints. Aluminium mirror finish has the highest reflectance of any metal in the 200–400 nm (UV) and the 3,000–10,000 nm (far IR) regions; in the 400–700 nm visible range it is slightly outperformed by tin and silver and in the 700–3000 (near IR) by silver, gold, and copper. 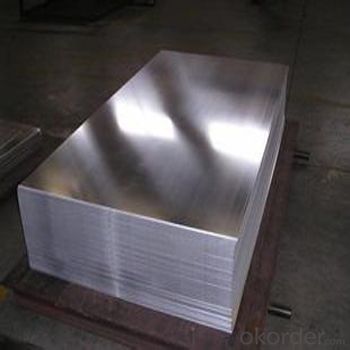 Q:What type of aluminium sheet is a food grade?
You can inquire about our company: dexincheng Pioneer Metals corporation. Baidu will find the phone soon.

Q:does aluminum sheet need to conduct ROHS detection?it's metel material, how much detections should it conduct for ROHS detection?
generally, all things in Europe needs ROSH EU's requirement, mainly detect the plumbum. ROSH detection is conducted by third party institution, and its report is also provided by the third party.

Q:what kind of abradant should be used in the deburring of aluminum sheets? How to grind?
we usually use resin grind stone to grind aluminum sheets, Vibration Grinding Mill is also ok.

Q:what's the oxidation method of positive pole on the surface of aluminum sheet?
Do chemical polishing again, oxidation time is about 40 – 90 minutes, after finishing all of these, you can conduct positive pole oxidation, choose sulfuric acid solution in normal situation, pretreatment is very important in the whole process, take stereo as negative pole, firstly, use the solution mixed of carbonate-bicarbonate and detergent to heat and clean its surface, pretreat the aluminum sheet, dyeing according to requirement after oxidation, then remove the oxide film with oxide film removal solution, place aluminum sheet on the positive pole, finally closing it in the boiling water for about 15 minutes.

Q:how to produce aluminium sheet circle?
As for the process, you can use punch.. as for professional machines, for example, stationary press in open type, mechanical press/ single-point press. The material you say is neither big nor small, blanking…(cutting them into sheet circle you want) you can add an uncoiling if it’s coil stock: open-type inclinable press, four-point press,ect. It’s not certainly accurate) punch, oil press, double , four-column hydraulic (oil) press,etc. it needs about 315T,(estimated value, closed type single, blank material cutting (cutting into square ) 2, it contains sheet metal forming technology, crank press: 1: straight side two : 1, but the components you said is simple, only two steps.

Q:please explain, I thought it was Nitrogen but the book said Aluminium

Q:Hi everyone, I have this problem that I'm somewhat confused about. The problem is:An alloy of aluminum and magensium was treated with sodium hydroxide solution, in which only aluminum reacts to give hydrogen gas:2Al + 2NaOH + 6H20 --gt; 2NaAl(OH)4 + 3H2If a sample of alloy weighing 1.118 g gave 0.1068 g of hydrogen, what is the percentage aluminum in the alloy?How do I account for the magnesium and what stoichiometric relationships would I need to set-up? This is very confusing, but I appreciate the slightest of help on this!Thank you.
Aluminum foil

Q:how much should the current be adjusted when I use pulse aluminum welding machine to weld 0.7 aluminum sheet?
60-70A current is enough for 0.7 aluminum sheet,the key poiny is that the thin sheet should be bonded with iron sheet or other assistant cooling device when you weld it, or it will be burned through.