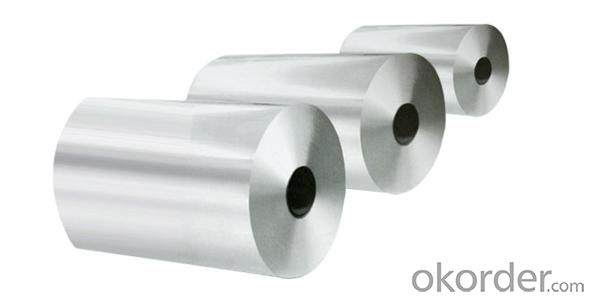 Aluminum Foil for Packaging Use

Aluminium alloys with a wide range of properties are used in engineering structures. Alloy systems are classified by a number system (ANSI) or by names indicating their main alloying constituents (DIN and ISO).

The strength and durability of aluminium alloys vary widely, not only as a result of the components of the specific alloy, but also as a result of heat treatments and manufacturing processes. A lack of knowledge of these aspects has from time to time led to improperly designed structures and gained aluminium a bad reputation.

One important structural limitation of aluminium alloys is their fatigue strength. Unlike steels, aluminium alloys have no well-defined fatigue limit, meaning that fatigue failure eventually occurs, under even very small cyclic loadings. This implies that engineers must assess these loads and design for a fixed life rather than an infinite life.

Another important property of aluminium alloys is their sensitivity to heat. Workshop procedures involving heating are complicated by the fact that aluminium, unlike steel, melts without first glowing red. Forming operations where a blow torch is used therefore require some expertise, since no visual signs reveal how close the material is to melting. Aluminium alloys, like all structural alloys, also are subject to internal stresses following heating operations such as welding and casting. The problem with aluminium alloys in this regard is their low melting point, which make them more susceptible to distortions from thermally induced stress relief. Controlled stress relief can be done during manufacturing by heat-treating the parts in an oven, followed by gradual cooling—in effect annealing the stresses.

The low melting point of aluminium alloys has not precluded their use in rocketry; even for use in constructing combustion chambers where gases can reach 3500 K. The Agena upper stage engine used a regeneratively cooled aluminium design for some parts of the nozzle, including the thermally critical throat region.

Another alloy of some value is aluminium bronze (Cu-Al alloy).

The aluminum spelling is used in the Webster's Dictionary of 1828. In his advertising handbill for his new electrolytic method of producing the metal in 1892, Charles Martin Hall used the -um spelling, despite his constant use of the -ium spelling in all the patents[58] he filed between 1886 and 1903. It has consequently been suggested[by whom?] that the spelling reflects an easier-to-pronounce word with one fewer syllable, or that the spelling on the flyer was a mistake.[citation needed] Hall's domination of production of the metal ensured that aluminum became the standard English spelling in North America

Q:Why does the dull part of aluminum foil have to be against the food?

Q:I just purchased an adult mountain bike with a slightly bent rear wheelCan I straighten it?
I found the book to be very informative and easy to readI've lost 17 pounds in 12 days, I'm just concerned that I'm losing too much weight, too quicklyI will admit I haven't followed the guide exactlyI'm not sticking perfectly to the listed foods and meal plans (but mostly) and doing very little exercise, but the weight keeps flying off It clearly works and if I'd followed it exactly I think it would scare the living daylights out of me because of the amount that I'd loseSo thanks again for the informationI've never purchased anything like this before because they are usually full of trash, but 3WD has been a pleasant surpriseGet started today!

Q:can I put the lid from the doggy bag foil container in the oven?
Don't do that, it will burn even though it looks like metalActually,foil like that is made of several layers of aluminum pressed together with food grade glues against paper and plastic layersThe paper and plastic will burn and may even create toxic fumesDon't do it.

Q:No bake cookie without cocoa?
pick up a 5 or 10 pound weight at the gym and visualize that weight coming off holding the weight in your hands helps bring home just how heavy even 5 pounds of extra fat can be

Q:How to get a fire hot?
What are you using? you will be able to heal a piece of aluminium until it can be pressed into different shapes with a bunsen burner.

Q:dinner ideas/recipes?
Die Casting is a metal injecting so as to shape technique for assembling built metal parts liquid metal under high weight into a steel mold, which is otherwise called a pass onTaking after the metal infusion the Die Casting throwing machine will clip down onto the mold, shaping the pass on throwing part which rapidly setsMolds called Dies are extremely solid with an incredible capacity to create muddled shapes with a noteworthy level of exactness and repeatability.

Q:Physics, if you shoot a bullet through water?
first answer is trueif you fire a bullet into water 1 of 2 things are sure to happen1the bullet requochets of the surface due to the surface tension of the water2the bullet shatters on the force of impact trying to break the surface tensioneven an aluminium bullet will shatterBut then sometimes you do get one that dosnt shatter but willbreak surface tension and still be in one piece, but then the bullet would be so mangled you wouldnt be able to identify which gun it came fromMost tests like what you just said are shot into ballistic gel.

Q:Holy Enchilada! Enchilada recipe?
Ham by its nature is a precooked foodIt only needs heated if that is the way you want it or it can be sliced and served chilled.