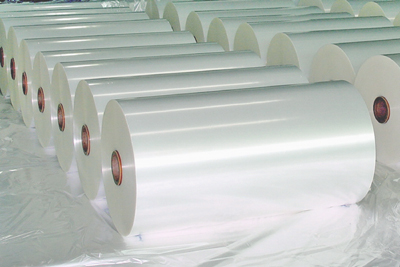 PVB interlayer is the abbreviation of Polyvinyl Butyral. PVB film is made from PVB resin and plasticizer. It is a non-toxin and smell-free soft sheet materiel with thickness between 0.2mm-2mm, the best material for the interlayer of safety glass.

A. the pvb film is insulated with PE film, cased into an aluminum foil bag, then vacuum sealed, and lastly into plywood box or fiber can.

B. There should be quality certificate, packing list in the package. The marks of moisture proof, shock proof and sunlight proof should be labeled. 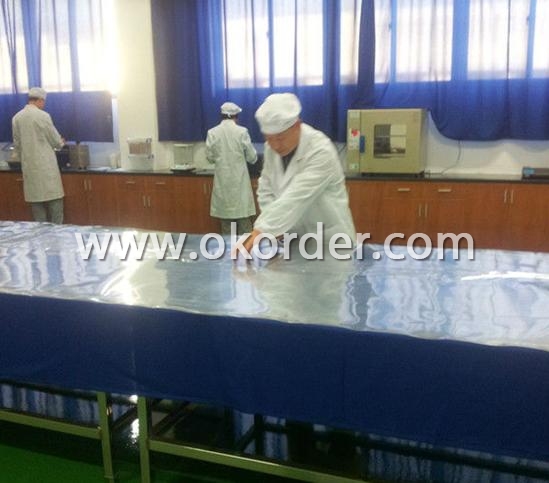 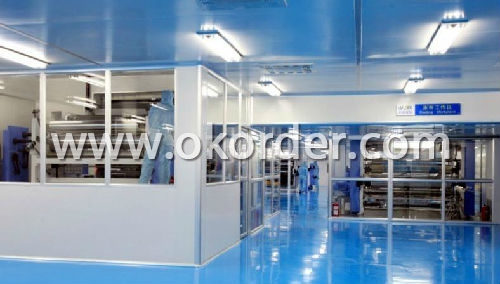 Q:Iron gate plastic film for a long time, how to remove?
Heating with electric wind can tear it off.Fengyoujing.To sell motorcycle accessories shop, buy a carburetor cleaning agent, a spray, and so on 1 minutes and then brush, just OK!

Q:What's the best way to eliminate static electricity with plastic film?
Electrostatic elimination is the most complete solution, according to the breadth of the film, in the serious static place, use the appropriate length of the 3024 DC pulsed ion rod, local collocation SS2000 in addition to static rope (cost saving).

Q:What's the difference between PE plastic film and PVC plastic film?
PE is polyethylene, that is, plastic wrap, that is, PE sprinkle. PVC is PVC, that's about plastic pipes. Which ones need to be used?.

Q:What are the appliances for drawing plastic films?
Samples can be selected according to different products or according to the existing product standards. Under normal circumstances, the larger elongation, try not to use too wide testSample. Any test machine and thickness gauge that can do tensile test and meet the relevant requirements can be used as test instruments and equipment. Operate the test machine according to the specified speed, if there is no gaugeFixed speed, the choice of hard materials at low speed, soft materials choose higher speed. If the specimen is broken beyond the mark line, the sample will be void and the specimen will be re tested.

Q:Why should a plastic film be added to the new cement road?
According to the actual situation at that time, if the temperature difference is greater than 25 degrees, should strengthen the insulation materials, such as covering rock wool, etc., in order to prevent concrete produce too large temperature difference, stress and cracks.

Q:Wrap your legs in plastic film. How soon will they be removed?
PE film is mainly used in:Industrial film packing products have high tensile strength, high elongation, good self adhesion and high transparency. The utility model is used for hand winding film and can also be used for machine winding film, and can be widely used for centralized packaging of various goods.

Q:Is plastic film the same as glass cloth?
The material is different, not to mention the process

Packer, leading manufacturer of theThermal Lamination Filmkinds of packaging materials such as composites, which is a new environmentally-friendly materials, this product non-toxic, tasteless ,excellent performance, easy to operate and so on. We have been working to build the competitiveness of enterprises and to adhere to customer-centric, providing customers with high-quality pre-sales and after-sales service, delivery time, timely feedback.