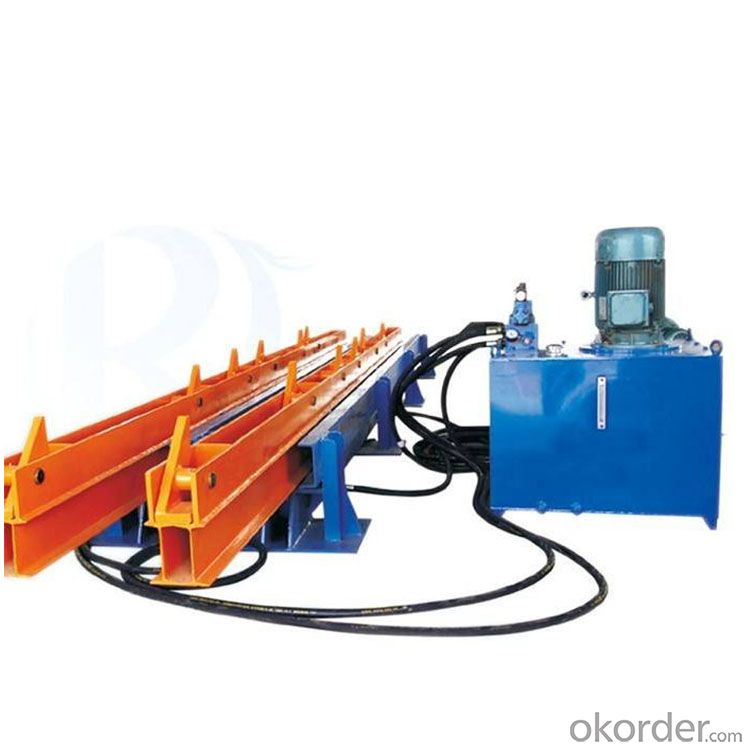 Note: The above equipment can be customized according to customer needs and the actual situation of the project.

Q:eleectric diagram for ghaddar machinery desil generator produce in 2008 with 105 KVA?
Call or write to the manufacturer.

Q:where can i get the plant layput & list of machinery along with market value?
For what kind of company?

Q:Metal forming and processing methods which have their own characteristics and scope of application
Forging processing is a combination of forging and stamping processing, is the use of forging machinery hammer, anvil, punch or general mold on the blank pressure, the blank plastic deformation, access to the required parts of the metal material forming method. Forging the workpiece size is accurate, suitable for mass production. After the workpiece mechanical properties of the workpiece is significantly provided, but the corresponding high cost of manufacturing, can only be processed plastic high metal materials.

Q:When was the Association for Computing Machinery (ACM) founded?
From their web site: ?The Association for Computing Machinery was founded as the Eastern Association for Computing Machinery at a meeting at Columbia University in New York on September 15, 1947. Its creation was the logical outgrowth of increasing interest in computers as evidenced by several events, including a January 1947 symposium at Harvard University on large-scale digital calculating machinery; the six-meeting series in 1946-47 on digital and analog computing machinery conducted by the New York Chapter of the American Institute of Electrical Engineers; and the six-meeting series in March and April 1947, on electronic computing machinery conducted by the Department of Electrical Engineering at Massachusetts Institute of Technology. In January 1948, the word Eastern was dropped from the name of the Association. In September 1949, a constitution was instituted by membership approval.

Q:why are men still allowed to operate weaponry and heavy machinery?
Well, can you imagine Hilary Clinton as president and on her period and having access to nuclear weapons and dealing with a war crisis? Piss her off and she'll just push the button and goodbye Iran and North Korea. But then again, being that Hilary doesnt menstrate anymore, I think she would be able to handle her emotions better in these sort of situations. Male presidents, they'll just do it out of pride about having to prove their manhood like Bush did to iraq after 911 because everyone around him pressured his gullible dumb-azz. Thanks to him and Dick Cheney now we have economic issues. Bunch of irrational jerks.

Q:What machinery/tools are need to make custom guns?
It depends upon what all you are wanting to do. Just building ARs from stock parts takes some screw drivers, punches, barrel wrench, castle nut wrench, upper and lower blocks and a vise. You would also need a trigger jig for an AR to be able to tune triggers or even make them safe. To take barrels from a blank, you would need a lathe and chamber cutter. To make receivers or other parts from steel, you would need a milling machine. You may also need engraving tools if you plan on engraving any of the guns. A hot bluing tank could come in handy if you want to do any metal work. You should probably have a setup to do phosphate coating too. If you plan on doing any stock work, you would need a good selection of wood working tools. You would also need various jigs, dies and wrenches specifically for each model of firearm that you work on. There is not really any set list since it is so dependent upon what you want to do.

Q:How does operating machinery under water complicate mining procedures?
Absolute pressure at the surface is 14.7psi. Absolute pressure at 250 feet of see water for example is 126psi. That puts the machinery and people into a very different world that us surface dwellers from the get go. The BP job was at something like 7000 to 8000 feet if I remember correctly. That's about 3352psi. People can only dive to about 1000 feet of sea water. So on the BP job there were no people down there working. Everything we saw was from ROVs. Remotely Operated Vehicles. Doing things with a claw that is controlled by a joystick through a TV screen is very different from doing it with your own hands when you're right there looking at it. Even when you do have divers down there they usually only have 1 to 4 people. That's a limited team. They do not have a big box full of tools down there with them. They have the surface crew send the tools to them as needed. Salt water is not good for any kind of tool. It makes them rust and makes the seals break down. This leads to tool failure and many trips back and forth for replacements and repairs. The surface crew is usually young guys 18 to 25 who are not the most mature or reliable people in the world. Tool maintenance does not always get done properly. Divers are regular people. They are stubborn, arrogant, lazy, dumb and any other thing that you run into with coworkers anywhere. If they feel like sitting down for a break, the boss can't always keep a proper watch on them or come down and yell at them. We just finished a well abandonment job where we did the same thing with plugging a well with concrete just like the BP job and it took us 6 tries. That technique doesn't work too good at shallower depths either. This stuff is still full of bugs buts the pursuit of money keeps things moving beyond what we truly understand.

Q:I dropped a robot part in my macoroni and cheese. Does this make it MAChinery?
good one . . . i think :)

Q:Can the shears machine be processed?
According to the classification of materials can be cut: metal sheet, non-ferrous metal sheet; with a certain strength and toughness of non-metallic materials such as plastics, polyurethane and so on.

Q:Songs about machinery or has something to do with it?
Welcome okorder.com/