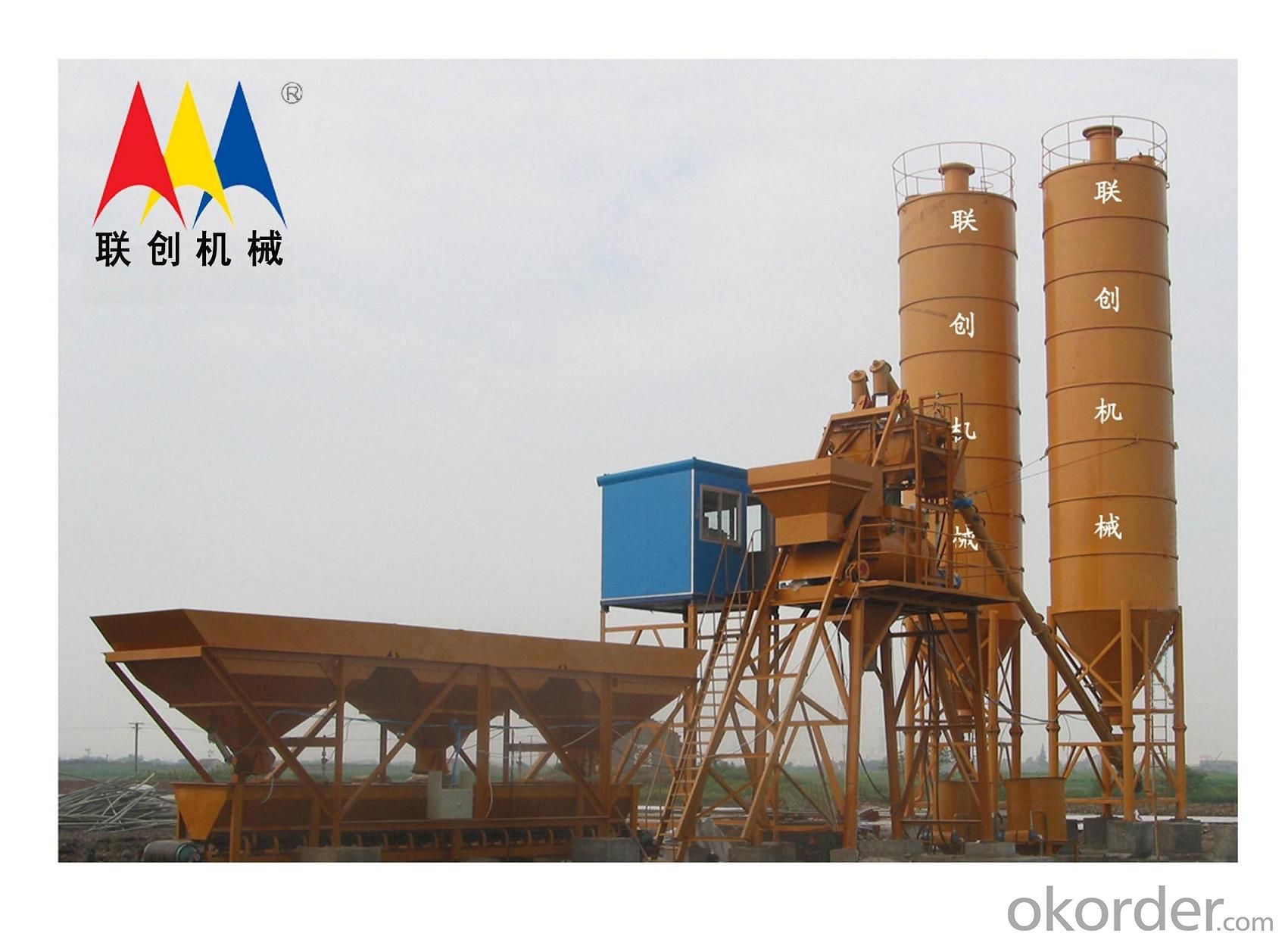 The station is composed of material supply, metering system, mixing system, electrical control system, pneumatic control system, etc., which can mix various types of concrete, and is especially suitable for mixing dry and hard concrete, which is applicable for at least medium-sized construction engineering, water and electricity, roads, ports, docks, bridges and other projects as well as larger and medium-sized manufacturing factories and concrete production plants.

The station can store three different types of aggregates. Charging is realized via loaders. Three cement silos and the corresponding spiral conveyor are equipped. Aggregates, additives, water and cement are all measured with electronic scales. The main machine of the mixers is of twin-shaft type, featuring good mixing quality and high production efficiency. The station can be run either automatically under computer control or manually. The computer controlled system has dosing storage, drop automatic compensation, exception case alerts and other functions. The control parameters can be modified randomly and do not loss in the case of power failure. It is also equipped with a printer. (Cement silo and spiral conveyor are ordered by the user specially). In addition, the control system employs bilingual control, which can facilitate the operation of operators. 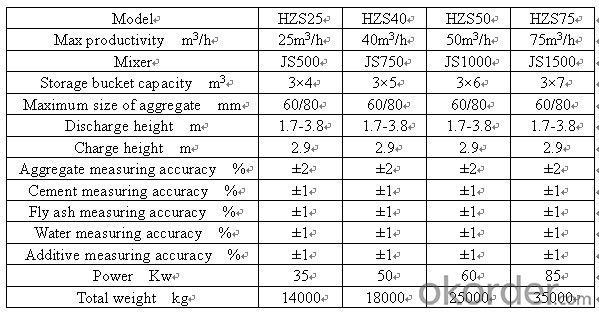 Q:What raw materials and equipment do you need for your own admixture?
The main ingredients of admixtures are: the mother fluid, the composition of the air and the composition of the mixture, and the water. The concrete formulations are determined according to the different materials of concrete, which is usually the mother solution and the adjustment time. The parent fluid is itself well adapted and does not require a lot of material. Complex admixtures do not require any other equipment except for the geosyncline configuration.

Q:What is the special work of the concrete mixing station
One of the features of the high-performance concrete mixer line is the low water ratio. In order to ensure its liquidity, it must be mixed with an efficient water reducer. Therefore, it is necessary to select cement that is suitable for low water cement ratio. One is the composition of fineness and particles, and the other is the early hydrogenation after the addition of water.

Q:How much water does a concrete mixer use every day?
Water is an indispensable part of the concrete production industry. As an investment company in a concrete mixing station, it is also important to have control over water use. It is also an aspect of production cost control. The use of water used in concrete stations is not the main water link. Flush the blender and cement truck every day to use a lot of water. The concrete is very difficult to handle because of the condensation. So it is the most effluent project in the production standstill. And the washings of these rinsing equipment contain water slurry, aggregates and aggregates, etc. From the environmental point of view, the water of cement mortar or concrete is strong alkaline, the PH value is high, can reach about 12, free discharge can pollute the environment. Therefore, with the continuous improvement of the environmental requirements in recent years, the waste water treatment of the mixing station becomes the main concern.

Q:Does the concrete mixing station name have the name of the businessman concrete
Yes, concrete means artificial stone, which can be understood as the simple writing of concrete, which means concrete for commercial concrete. This is the name of the blender

Q:What chemical materials are used in the concrete mixing station?
Do you mean admixtures? You want to make sure that you have a function, what purpose do you want to be able to make clear, usually with a buffer, a dilatant, and a densifier, and so on