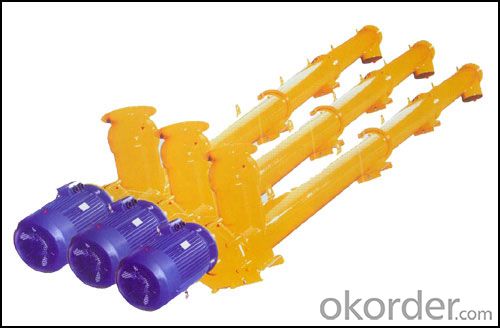 Q:What are the facilities of the concrete mixing station
One. Stir the host The mixing machine is divided into strong mixing and self-falling stirring. The powerful mixer is the mainstream in the domestic and foreign mixers, it can stir the liquid, semi-dry hard and hard and so on. The main mixing liquid concrete of the self-falling mixer is very rarely used in the mixing station. Two. Material transport system The material transport consists of three parts. Aggregate conveying; There are two ways of conveyance and belt conveyance. The advantage of hopper promotion is that the area is small and the structure is simple. The advantage of belt transport is that the transport is large, efficient and low. The belt conveyor mainly applies to the mixing stations that have aggregate storage, thereby increasing the productivity of the mixing stations. Powder conveying; The powder used in concrete is mainly cement, fly ash and mineral powder. The most commonly used powder conveyors are conveyors of screw conveyors, and the large mixing buildings are carried by pneumatic conveyer and scraper. The advantages of screw transport are simple structure, low cost and reliable use. Liquid transport mainly refers to water and liquid admixtures, which are delivered separately by water pumps.

Q:The mixing time of the concrete mixer is in which standard
Sales missed you do this to see how. If you have any project is continuous uninterrupted production, 24 hours a day, 365 days. As long as there is live, not to stop, of course, is to rest. Want to shift work

Q:What is the difference between a concrete mixer and a concrete mixer
The simple point is: the bones of the mixing tower are on top, and the bone is measured directly into the blender. The bone material of the stirring station is below, and the bone material is measured and then transported into the blender after the slanting belt. In a popular way, it is called the building, which is called the second ascent. Higher initial investment mixing floor production line 400000 station, because of mixing building bin above, therefore the steel structure will be bigger, inclined belt will be relatively longer. But in productivity, the churn is about 20 per cent more productive. In the operation, the energy consumption and the failure rate will increase due to the frequent start of the inclined belt of the mixing station, while the mixing building will be relatively low. Of course, in appearance, the mixing building is a bit more imposing than a mixer-stand, which can sometimes have an unexpected effect on the business. In addition, there are some technology mixing buildings that can be used, and the mixing stations can't be used, because the equipment is different. It's worth noting that the difference between the initial and the mixing stations is not absolute.

Q:How much water does a concrete mixer use every day?
Water is an indispensable part of the concrete production industry. As an investment company in a concrete mixing station, it is also important to have control over water use. It is also an aspect of production cost control. The use of water used in concrete stations is not the main water link. Flush the blender and cement truck every day to use a lot of water. The concrete is very difficult to handle because of the condensation. So it is the most effluent project in the production standstill. And the washings of these rinsing equipment contain water slurry, aggregates and aggregates, etc. From the environmental point of view, the water of cement mortar or concrete is strong alkaline, the PH value is high, can reach about 12, free discharge can pollute the environment. Therefore, with the continuous improvement of the environmental requirements in recent years, the waste water treatment of the mixing station becomes the main concern.

Q:What type of concrete mixer is needed for each hour of concrete 90 cubic meters?
The mixing host of HZS90 concrete mixing station can be matched with the JS double sleeper shaft reinforced concrete mixer or imported concrete mixer host. The host is equipped with dust collecting machine, which has automatic dust collecting, dehumidification, exhaust, and the ability to recycle the collected dust to the main engine. The dust is excellent. The top of the cement bin is equipped with cylinder dust collecting machine, which is efficient and low noise. The main frame is packed in color plate, neat, beautiful and dustproof, with good view. Double post integrated installation, convenient operation and economical site. HZS90 concrete mixing station, the theoretical productivity of the device is 90 cubic meters per hour. The mixing host is the JS1500 type strong mixer, the nominal capacity is 1500L. The toppings are 1600L, the maximum productivity of the screw conveyor is 80t/h, and the maximum particle diameter is 80mm. Cement weighing accuracy and range (0 ~ 900) plus or minus 1% kg, admixtures weighing accuracy and range (0 ~ 50) plus or minus 1% kg, aggregate weighing range and precision of 0 x 5000 plus or minus 2%, HZS90 commodity concrete mixing station - unloading height is 3.8 meters, can be appropriately increase or decrease in height, in order to satisfy the demands of discharge conveyor. The standard reference weight is 97 x 103kg, which needs strong base to stabilize the mixing station

Q:What constitutes the js750 concrete mixing station
Host one, silo (usually four kinds of material), a set of mainframes, three to four storage tanks (with a cage), and an air compressor, which is usually the case