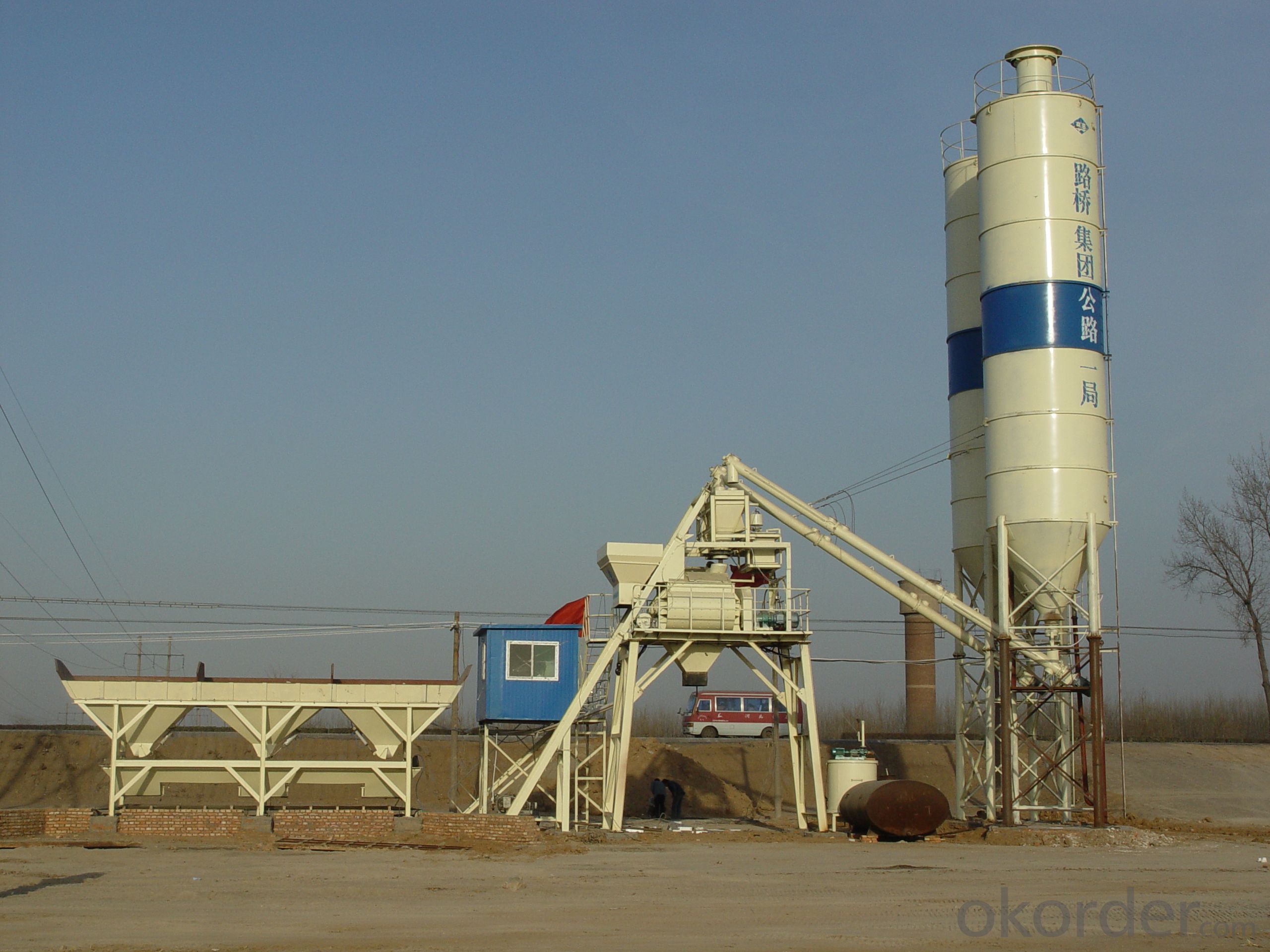 The station is composed of material supply, metering system, mixing system, electrical control system, pneumatic control system, etc., which can mix various types of concrete, and is especially suitable for mixing dry and hard concrete, which is applicable for at least medium-sized construction engineering, water and electricity, roads, ports, docks, bridges and other projects as well as larger and medium-sized manufacturing factories and concrete production plants.

The station can store three different types of aggregates. Charging is realized via loaders. Three cement silos and the corresponding spiral conveyor are equipped. Aggregates, additives, water and cement are all measured with electronic scales. The main machine of the mixers is of twin-shaft type, featuring good mixing quality and high production efficiency. The station can be run either automatically under computer control or manually. The computer controlled system has dosing storage, drop automatic compensation, exception case alerts and other functions. The control parameters can be modified randomly and do not loss in the case of power failure. It is also equipped with a printer. (Cement silo and spiral conveyor are ordered by the user specially). In addition, the control system employs bilingual control, which can facilitate the operation of operators.

Q:How much water does a concrete mixer use every day?
It is also a waste of water to flush the transports. Suppose you flush a vehicle with 1-2t water, rinse it 2-3 times a day, and use 20 cars a day for a medium size of a blender, 40 to 120 t a day. From this perspective, the reuse of washing water is very conducive to environmental protection and water conservation. The rational recycling of water in the mixing stations is also gradually being promoted. Our new hydraulic patent product concrete wastewater and sewage circulation recycling used by many domestic manufacturers, most of new mixing plant began to use the recycling equipment. The wastewater recovery system has made some efforts for the environmental cause of China.

Q:What raw materials and equipment do you need for your own admixture?
The admixture of concrete mixing station using a lot of more phyletic, the effect is different also, early strength agent, retarder, water reducing agent, and release agent, antifreeze, etc., which is a kind of do not know you to call. The admixtures are usually made by professional manufacturers, and the ingredients are not the same.

Q:The average commodity concrete is mixed with a day to use how much fly ash
What is the amount of cement in the concrete mixing station? This is based on the different levels of the concrete mix. Here is a different grade of concrete ingredients: Note: 1. The mix of concrete and concrete shall be carried out in uniform ratio of gravel and slump. In one project, the C40 is mixed with ordinary cement, and according to the proportion design, the maximum amount of coal ash can replace 40% of the cement consumption.