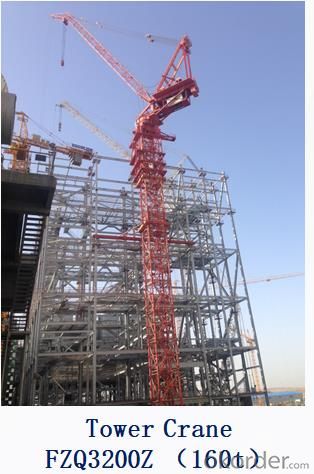 HDMDI has been engaged in lifting design and research for more than 60 years, integrating crane research and development, production, sales, transformation and technical consulting services. The FZQ series boom tower crane (maximum lifting torque 3200t. M) and PZQ series flat head tower crane (maximum lifting weight 150t) for thermal power construction have covered most construction sites of thermal power plants in China and have been exported to many countries.Fzq1650 high tower wind power tower crane, which is self-supporting, self-supporting and has independent intellectual property rights for the first time in China, can reach a self-supporting height of 110m, a maximum lifting height of 180m, and a maximum lifting weight of 135t. It covers a small area and is suitable for all terrain. It is the first domestic tower crane to install fans. 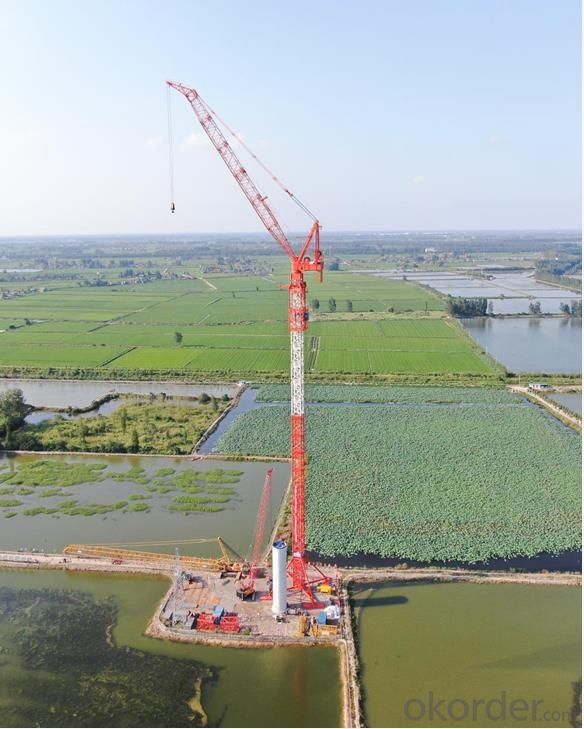 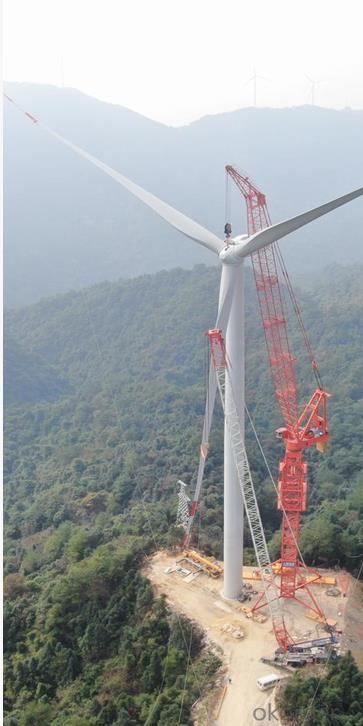 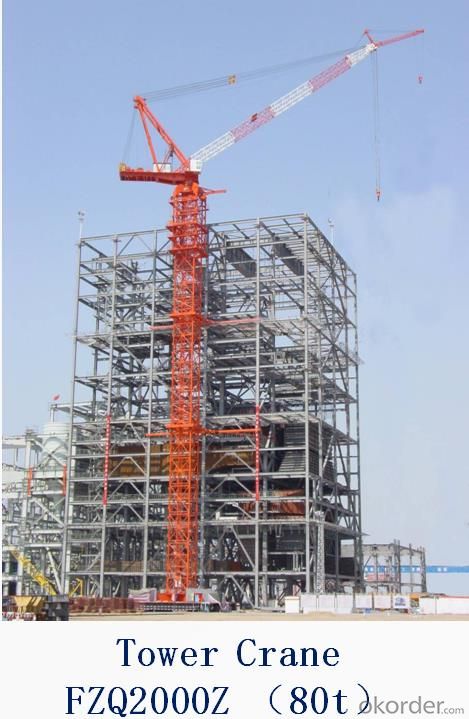 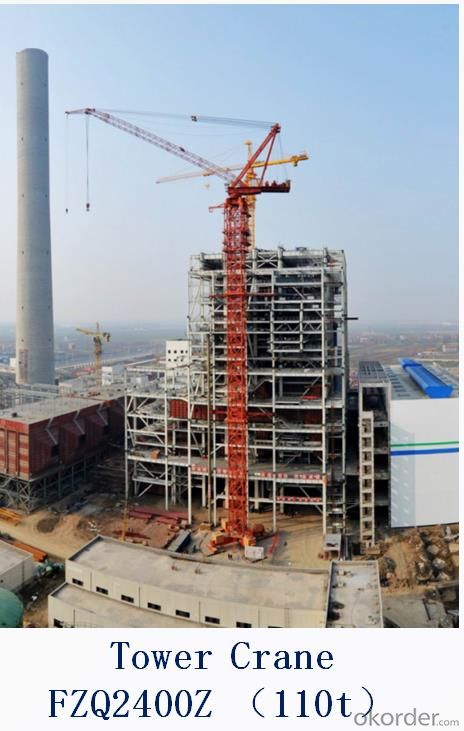 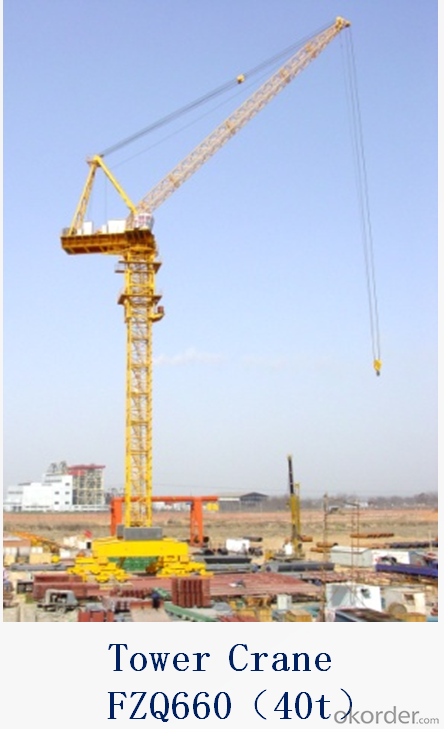 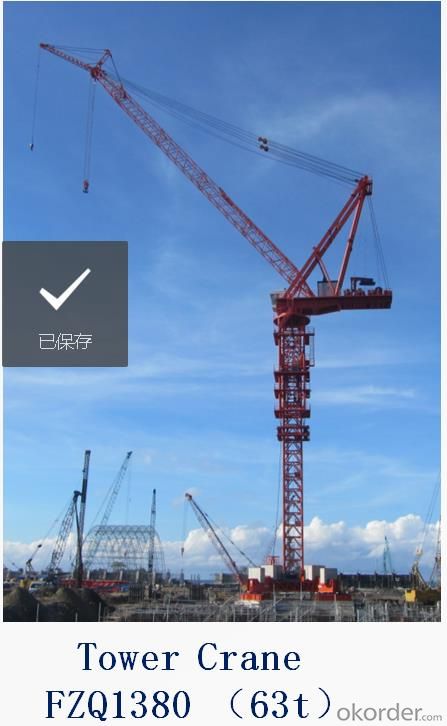 Q:How do you get a crane down from a tall building once it's completed?
In the US most are called Tower Cranes and they actualy lower them selves down part way then using Mobile Cranes they diss asemble them the rest of the way

Q:Do large semi-submersible crane vessels such as the SSCV Thialf propel themselves to work sites or are they carried on heavy-lift ships. I understand they have propulsion systems but the just seem so bulky, inefficient, and slow to move across oceans on their own.
Very large capacity crane vessels have propulsion machinery for manoeuvring when on station. The most modern designs of semi-submersible vessel use them to achieve 'dynamic positioning'. Older designs used the propulsion systems to assist when deploying the anchors in the correct pattern. The vessels are towed by tugs when making deep sea passages. First generation crane vessels had much smaller lifting capacities and were either constructed on conventional hulls or were converted from existing ships. These types were capable of making ocean passages using their own propelling machinery.

Q:What association does Wing Chun have with Fujian White Crane (Tiger-crane) kung fu?
Wing Chun Fist is derived from White Crane Fist and Snake Fist. The original name of the White Crane Fist is Eng Chun Bai He Quan. The Eng Chun part is the Fukienese dialect for Wing Chun, which is the name of the Village it derived in. It is also pronounced Yong Chun White Crane Fist and from it is where Wing Chun derives its Fajing technique known as 1 inch punch. The 5 Ancestor style is Ngo Cho Kuen or Wu Zu Quan, again - dialectal differences. It is also a Fukienese Art. Wing Chun, a Southern Shaolin Style is NOT related in ANY way to Hsing I Chuan, which is of Wu Tang/Taoist origin. Goju Ryu has some White Crane Influence but is derived from the Hakka Arts like Southern Mantis, Bak Mei and the like. Tiger Crane and White Crane are not related. The crane in the Hung Family Boxing is more the Tibetan White Crane and not the Fujian Crane. There is a mix up in the history which makes it a bit complicated. Gee Sim was from the Northern Shaolin School and went south to the Fukien temple to escape the Ching. He taught there, met Hung Hei Koon and taught him Tiger Fist. Gee Sim and Hung also left Fukien because of the Ching and went to Guandong and there is where Hung Fist developed into what it is today. The White Crane Fist of Fujian/Fukien came from the 18 Lohan Style Fang Chi Niang learned from her Father, who was a student at the Fukien temple, and mimicry of Crane movements. These styles, Crane and Hung were being developed around the same time but hundreds of miles apart. It is known that Wong Fei Hung trained in Lama Pai aka Tibetan Crane and also he is credited with creating the Tiger Crane Form aka Fu Hok. I hope this helps.

Q:Secured to a concrete floor with 12 30mm bolts
That can only be answered by analizing it. A crane as you are supposed to know has different loads and directions of impact due to the moving bridge, the trolley, and break loads. So what it can lift depend on the whole structure. Besides depends as much on the type of crane

Q:I'm talking about one of the ones where the cabin and the worker is high up in the air. You cant exactly remove a part of the bottom of the cranes structure because it would fall on top of you but you cant remove the cabin because its so high up and what can get up that high to remove it except another crane BUT how did that get built ?Thank you.
A tower crane is usually assembled by a telescopic crane of smaller lifting capacity but greater height and in the case of tower cranes that have risen while constructing very tall skyscrapers, a smaller crane (or derrick) will sometimes be lifted to the roof of the completed tower to dismantle the tower crane afterwards. A self-assembling tower crane lifts itself off the ground using jacks, allowing the next section of the tower to be inserted at ground level.

Q:Are they in the same familia?
They are both water birds. Google and Caps Lock or Shift are your friend.

Q:what is that max torque it can with stand when the max laod it can handle is 811 N?i can NOT get this question, its driving me crazy!HELP????? thank you
I don't know if this is a question you got out of a book, or something you are trying to apply on a jobsite, but I would hate to see you try and use this approach with expensive equipment and innocent lives in the balance. Learn to use the crane charts. They account for many factors, including the weight of the boom, the tipping moment, the strength of the ropes, the engine's power, and the structural integrity of the boom.