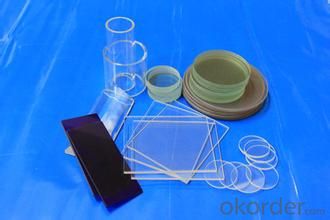 Hot mellting glass is kind of craft glass, which is beautiful

Hot melting glass is made from putting the sheet glass and inorganic colorant into the melting furnace, and setting the specific heat procedure and annealing curve. After the glass is heated to the soften point, the special forming block will compression molding the glass into given shape and suddenly annealing to make the finished product.

The merit of Hot bending glass is obviously, such as: Plentiful pattern, good third dimension and gorgeous decoration. It has solved the stiff and monotonous feeling of plain decoration glass, making the glass process vivid sculpt, and then satisfy people's pursuit to diversity and beauty.

Q:Would like to ask Shaanxi master film industry architectural glass film no one has ever let them paste the film?
I have not heard, but also seen it, the master in Shaanxi side with quite a lot, our department on the leadership and several colleagues at home are posted, and recently still posted, said the effect is good, and those who foil technology Very good, so all satisfied, the owner did not have to worry about the basic. You can consider their own, if you want to paste the words can be directly with them, people have specialized on-site service, directly to the solution, so that we themselves toss.

Q:if i were to build a glass house made from bullet proof material?
Glass doesn't filter all radiation. It may filter out SOME UV, but not all of it - otherwise the plants inside wouldn't last long. If you can see through glass - it is passing the range of electromagnetic radiation that out eyes are sensitive to - ie: visible light. It will also pass most other common forms of radiation α (alpha) - penetrates only a few inches in air β (beta) - penetrates perhaps up to 10 feet in air γ (gamma) - stopped only by extremely dense matter (at least 3 inches of lead or gold) cosmic rays - nothing on this planet will stop this - they pass through everything

Q:Construction of the provisions of double glass
You can communicate with the construction side, after all, they are the money, they require the use of insulating glass, then you can put a visa to the insulating glass and you offer the price difference between the glass up!

Q:What is the place for the use of insulating glass and its energy saving principle?

Q:What is the difference between domestic glass and car glass?
Home glass and automotive glass from the production process that is certainly not the same, this is nonsense ~~~~ The corresponding national standards are not the same, relatively speaking, automotive glass standards than the standard requirements of a lot of home. But in China they belong to the scope of architectural glass ~ ~ ~ Specifically want to know which is not the same?

Q:Home glass film can be used car glass foil? What can we use at home?
Car film and the thickness of the building film is not the same, so can not be mixed, the building film to be thick, Foil when we are professional, Oh ha ha

Q:What is the benefit of architectural glass foil?
Architectural glass film according to its function is divided into: private film, decorative film, energy-saving insulation film, explosion-proof membrane, bullet-proof film, explosion-proof membrane and bullet-proof film which can also be included in the ranks of safety film. According to the production process is divided into: dyeing film, folder film, the original color film, quantum film. Usually on the market to sell low-cost shoddy glass film mostly dyeing film, because it does not really have the energy saving and anti-ultraviolet and other functions, and the service life is short, more than two or three years after the fade off The The film is a film that is additionally plated on the basis of the original film. It usually has a longer service life than the dyeing film, but it will fade slowly over time.

Q:Can anybody suggest some artist who work relate to building, especially glass building?
Hunh? Repost this with more clarity. Are you talking about sculptors, painters, or something else? Are you talking about glass artists including sculptors or flat glass artists that do stained glass, fused, mosaic, or blasted/etched glass? Many artists do outside sculpture intended to work in relation with a building from landscape, roof, or courtyard.