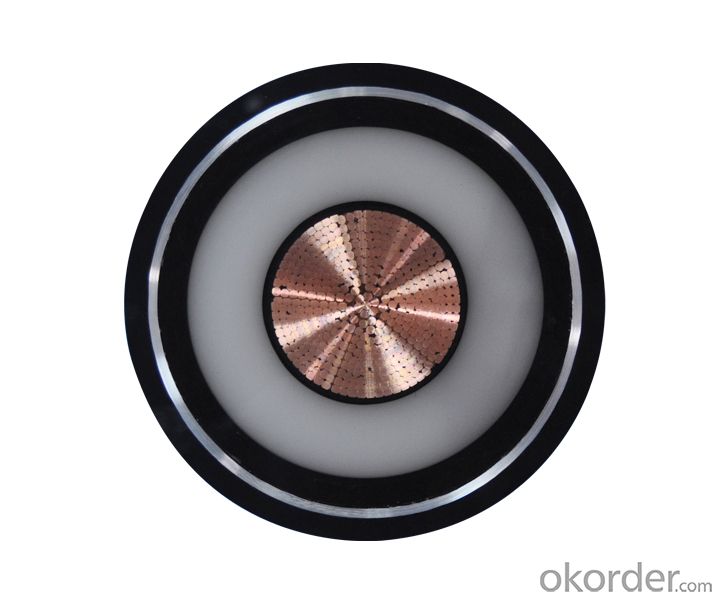 This product is apply to AC rated voltage 0.6/1kV circuit, for the use of power transmission and distribution, suitable for densely inhabited district with high-rise buildings, Shopping malls, etc.

When short circuit happened (the duration no longer than 5 seconds), the maximum temperature of cable conductor is not exceeding 250℃.

d. The laying of cable is not limited by the level drops.

f. Partial discharge test: discharge capacity under 1.73U0 is not more than 10pC. 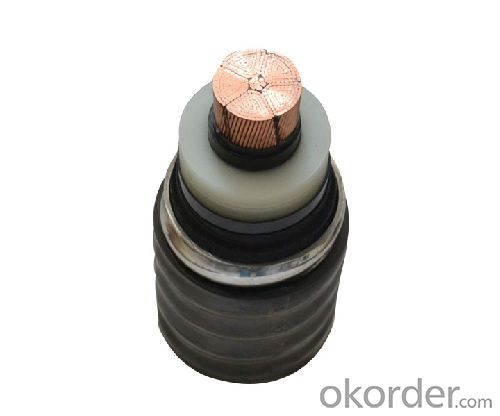 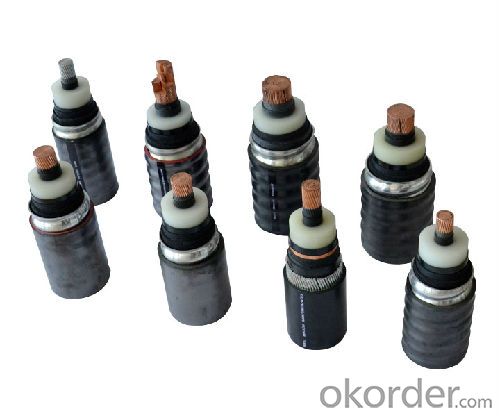 Q:Installing Power Supply for Computer, Cables questions?
besides the actuality that maximum power aspects are interchangable, no longer all power aspects artwork on all structures. some issues to make valuable of while procuring a power furnish are one million. the recent furnish has the superb power pins could desire to connect on your motherboard and instruments. 2. the recent power furnish suits on your computing gadget case, the dissimilar severe end power aspects are somewhat extra desirable and don't sit down real in all circumstances, 3. the recent power furnish has the two sufficient Wattage and Amperage. a superb style of individuals make the blunders via getting getting a power furnish with too low amp score by way of fact it became into extra inexpensive. look at the two by way of fact they're the two important.

Q:I found my SATA power cable, but can't find where to insert my SATA data cable?
Short Answer: You plug the data cable into the drive on one end (usually a hard drive), and the sata ports mounted on the motherboard. Details: A sata data cable runs between the drive (most likely a hard drive, mounted towards the front of the computer) and the motherboard, which is the huge circuit board that everything else plugs into. If you look at the board, you'll see a section with 2 - 6 little plugs (each about the width of your fingernail, but half the height), with a sort of L shape in the middle of each one. Those are the SATA data ports. Yes, bizarrely enough, they are actually smaller than the power connectors. Near each of this the port number is printed in ridiculously small type, so you may need a magnifying glass or something to read them. Ideally, you want to plug your main hard drive into the lowest port number available, usually either 0 or 1. I apologize if I sound condescending, but I've found it's better to underestimate a users technical knowledge and give them details they don't need than to overestimate their tech skills and leave them frustrated and confused. As for your other questions: Power cables run between the power supply and the drive, so that doesn't necessarily mean your motherboard supports it. However, if this PC is only a few years old, it probably will. If you see the ports I described above, then it does. If it doesn't support sata, you can easily buy a 'sata controller card' for about $30-40 that'll plug into one of the pci or pci-express slots on your motherboard. btw, that model you gave is for the power supply, not the whole computer. The computers model number is usually listed on a sticker somewhere on the outside of the case, usually the back.

Q:What power cable is right for a power adapter that reads: INPUT: 100-240V ~50/60Hz 1.5A?
This type of power cable can be plugged into any household power between 100 and 240 volts. So, any plug that fits into the wall plug is the right one. In the US and Canada the voltage is 110-120 volts. In the rest of the world 240 volts are used The plug and wire you mention is for the rest of the world. Now look at the adapter where you plug the cable into. Do they fit together? If yes go for it. If not keep looking.

Q:Can I mix different power cables / transformers for different electronics? The plug does fit in.?
yes and no, you need to know what the device wants, you need to know whether its taking ac or dc power, polarity, and amps. amps is more for laptops, other appliances are usually dumber, and will ignore that. On a standard plug, the round one on the opposite end of the wall end, you need to know the polarity, some where on the adapter you should see a symbol like this +C- (now, that's the best I can do with ASCII characters) or backwards, -C+, this tells you whether positive currents(+) and negative currents (-) are on the inside or outside of the plug. you need to match that symbol with the one on your device. Next: on the adapter, it should say somewhere input: 120 V AC output: 12v DC the numbers will probably be different, but the input and output need to match. if your working with laptop adapters, if you didn't buy the adapter specifically for the computer, double check amps too, if your charging like, an mp3 player that uses the trapezoid usb plug off a Motorola Razor wall charger with the same plug, I don't know, I've tried, didn't work well, kind of worked I guess, I wouldn't recommend it.

Q:Logitech Rechargeable Speaker S315i Power Supply cable.?
There is no direct benefit for the operation of the speakers by upgrading to a 750 watt power supply. The amplificatiion power is external. Only a small relatively small power signal is delivered by the computer

Q:Why do some houses in the UK have orange Electrical Conduit Pipe over the power cable?
Insulation of the wire Animal protection A large bright flag to say to people that this is dangerous, which it is

Q:Question about replacing the power supply?
Hi, There is often a plastic clip holding the connection in place, check for that first then pull gently as they are not normally that tight. Arnak