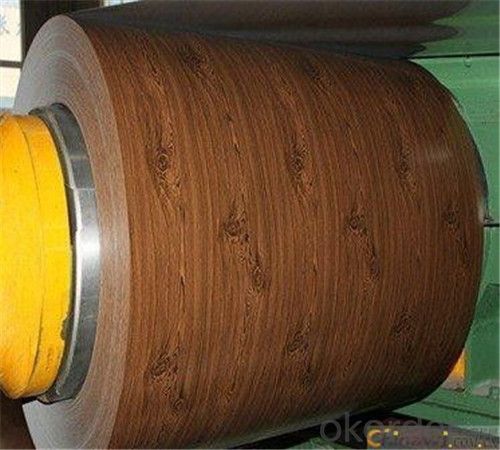 Q:is Titanium Stronger than steel?
Titanium has better high temperature strength than steel. Titanium doesn't resist shocks like steel can. It's more brittle. It's also far more difficult to weld. Titanium must be welded in an oxygenless environment. The average strength of steels that are made is under that of titanium. However, the strongest steel is stronger than the strongest titanium. Steel is the only viable building material. Titanium is too rare, expensive, and hard to handle for structures of great height. Hope this helps. Peace and Love.

Q:Is stainless steel good for a butterfly knife?
This isn't really a question for this section, but I'm still happy to help out since I'm a big cutlery nerd as well. One thing to look out for when buying a knife is a lack of specifics on what steel is being used. High Carbon Stainless Steel doesn't tell you what the steel is, just what it MIGHT be. Chances are it's something along the lines of 420HC or 440A, both of which are softer steels. They aren't the worst steels around, but they are very quick to dull. You'd be better off looking at the Balisongs of Benchmade. They'll cost more, but you'll know that you're getting something made with quality materials and that won't break on you. And if it does break for some odd reason, Benchmade's warranty and customer service are both fantastic. Although if a more questionable knife is okay with you as long as the price isn't too high, then at least 420HC and 440A aren't too brittle and will take a decent edge even though they'll dull quickly. As for whether stainless steel is good for a knife or not, that depends on the type of stainless steel and what you're going to use the knife for. Many stainless steels are more brittle than a carbon steel, so high carbon stainless steels are a bit more likely to rust but a little tougher as well. In a butterfly knife, a steel like that is a good way to go, although the steels used by Benchmade, as I mentioned, are of a much better quality.

Q:A simple question: Corten steel?
Bill summed it up pretty quick and provided a link. For some reason you are focusing on the copper content when it really is insignificant in the overall picture of the sun hitting its surface. If you could elaborate more, maybe we could offer a better answer.

Q:Prefabricated Steel Buildings.......!?
It really depends upon the environment and the construction techniques used. Steel that is painted or coated will without maintenance eventually rust. I would expect this tendency to be exacerbated in a humid or shore environment. Heat may tend to cook a steel house and the structure does not add much thermal mass. Construction techniques tend to be fairly quick a part of the construction is essentially prefabricated. Work done in a factory will almost always be cheaper than work done in the field, all things being equal. Concrete can be fairly hi tech with lots of equipment or as seen in many parts of the world fairly low tech with lots of laborers. It is easy to change the characteristics of concrete depending upon how it is mixed, reinforced, and treated during the curing process. Because it is applied in a relatively fluid state it can flow around obstructions like bedrock and be formed up into interesting shapes. A concrete structure can be cooler as it provides thermal mass, and a heat sink. It's resulting rigidity may make it more subject to earthquakes than steel. We do really need to be smarter in constructing our homes to make them fit the land and not only the general environment but our particular micro environment.

Q:What effects does the hercules control steel have?
I guess that since Steel doesn’t have headphones connection and a built-in soundcard, one won’t be able to play a track on one deck and prelisten the track on the other without using an external usb soundcard, right? I was wondering what’s the point in releasing a product like this if you also have to buy a bunch of equipment to be able to do sth “fondamental”: play while preparing your next song. However since the steel is meant for DJ’s who already have a great soundcard, but I don’t see why a Steel+sound card is ONLY for pro’s. Yes it’s designed for pro’s but you can use it as a beginner. Some consoles you also need to consider: Hercules Steel/RMX, Numark OMNI/Steath. It's all personal decision. Peace, Love Happiness

Q:Handgun steel question...?
The chrome moly alloy used in blued steel guns is the strongest thing out there today. Stainless guns sacrifice a little in strength in exchange for their rust resistance. Every maker has their own special alloys for various parts as well as proprietary techniques for hardening and tempering depending on the use a part will be put to. Keep in mind that the harder you make steel the more brittle it becomes. Especially true in knife blades also. A custom knife blade could be made much harder than they are, but would shatter under hard use.

Q:Magnet will not stick to stainless steel?
That's interesting that it caused deflection in the compass. A lot of stainless steels may be SLIGHTLY magnetic, because they have small amounts of ferrite or alpha-iron in them. Ferrite is one of the crystal phases of steel. It has a body-centered cubic (BCC) structure and it's responsible for the magnetism of ordinary steels. Adding certain elements like nickel, manganese, or molybdenum, changes the crystal structure of the steel to a face-centered cubic (FCC) structure, which is NOT magnetic. This crystal phase is known as Austenite or gamma-iron. However most iron alloys contain some impurities that may cause the steel to be not completely transformed into the FCC austenite phase, small areas remain as ferrite.

Q:how to make carbon steel?
Carburized steel is not the same thing as carbon steel. All steel has carbon in it, but carbon steel is defined as Steel is considered to be carbon steel when no minimum content is specified or required for chromium, cobalt, molybdenum, nickel, niobium, titanium, tungsten, vanadium or zirconium, or any other element to be added to obtain a desired alloying effect; when the specified minimum for copper does not exceed 1.04 percent; or when the maximum content specified for any of the following elements does not exceed the percentages noted: manganese 1.65, silicon 0.60, copper 0.60. Carburizing is a surface treatment. Dropping hot steel in oil is oil quenching. It might get a little carbon in the surface, but oil quenching is mainly used as a slightly slower quenching process than water quenching, not for carburizing. Once it starts cooling down the carbon won't diffuse in. Quenching is used to change the hardness. The simplest way to carburize steel is to pack charcoal around it and heat it to 900 C or so. Industrial processes use a gas like carbon monoxide, but that's mostly just for easier process control.

Q:How to get katana in Red Steel?
Dude i hate to break it to you but its only single player, and if your talking about the first Red Steel, you can only use the sword in special moments in the game or showdowns i think that's what its called, but i play Red Steel 2, and its a better game, and you can use the sword anytime you want to, but again no online play, but it would be kinda nice to have it, just a thought!!! LoL Hope that helps....