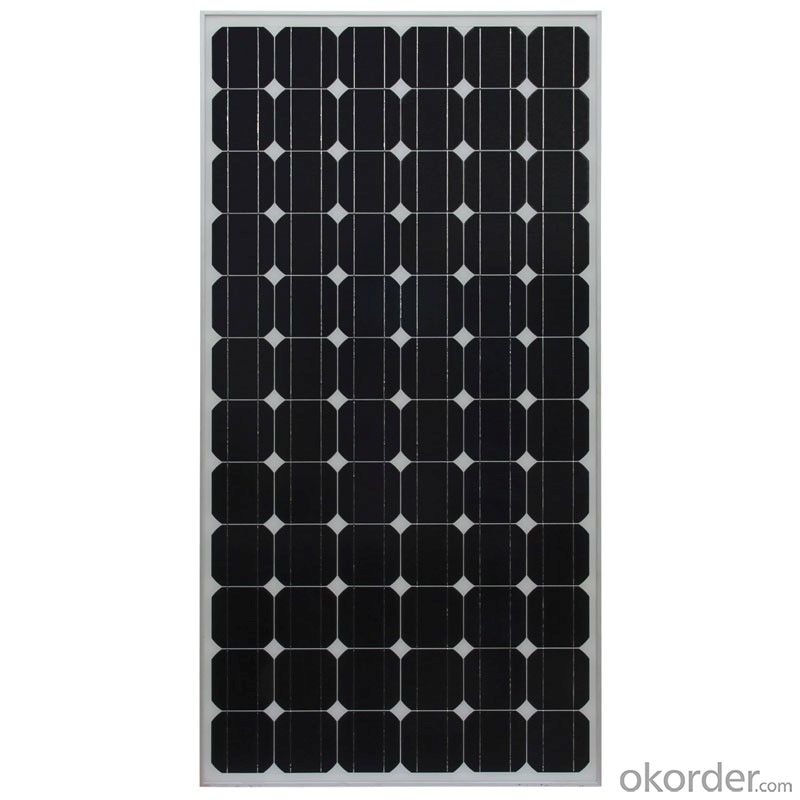 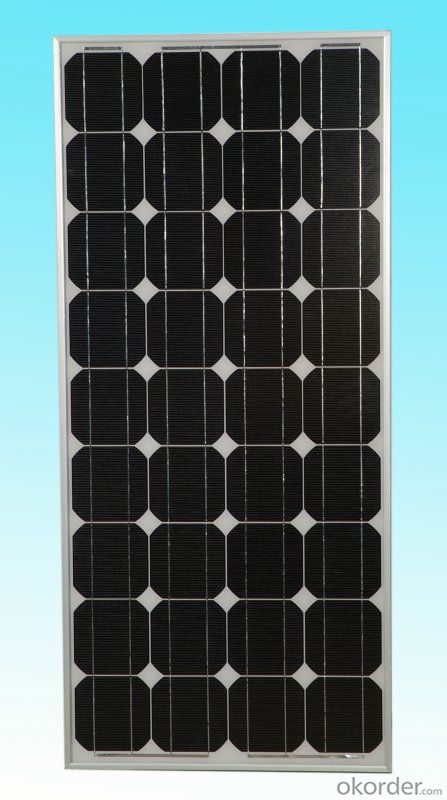 To ensure product quality, we not only introduce the advanced manufacture and test equipments, but also carry out strict quality control system.
Each solar module should be tested at least four times during the whole production process, and the final output power tolerance is limited to ±3%.

Q:H2 as an Alternative Fuel Source using Solar Panels?
Currently solar panels are rated at about 5 percent efficiency. That means that about 85 percent of the solar energy that is falling on it, is wasted. Electrolysis is also about 67 percent efficient. So the TOTAL amount of solar energy you would have converted into hydrogen is 67 percent of 5 percent. Using my calculator that comes out to: about 0 percent total efficiency. About 90 percent of your solar energy gets wasted in the process. A better alternative to solar panels would be solar powered sterling generators. Sterling engines are EXTERNAL COMBUSTION engines, like the old fashioned steam engine, and can be run off any heat source - including the sun. Heat from the sun is focused using parabolic mirrors, and the efficiency of a sterling engine / generator combination is rated at about 30 percent. Your TOTAL efficiency - both solar sterling and electrolysis combined - would be around 20 percent. If you are dead set on using hydrogen? Even though there are better alternatives? Such as alcohol? Then I would suggest storing it in titanium dioxide pellets. This way you can store the hydrogen, without it being in danger of exploding. You can ALSO ram a hydrogen container like this into a solid brick wall. Once again? Without fear of an explosion. Numerous studies have been conducted on this. As for controlling the exact measurements? Nothing in the air-fuel ratio of a car - - or the timing - which you are also going to have to change - needs to be exact. A good enough approximation will do. As for how you get your measurements? You need to compare the density of gasoline vapor with hydrogen gas. A comparison of the molecular weight of gasoline - - as compared to the molecular weight of hydrogen - should get you started in the right direction for this.

Q:What happens if I put a 00v, .5A solar panel on a 2V, 450cca Gel deep cycle battery?
The solar panel is capable of /2 Amp output. If you hook it to a 2V battery directly and the battery is discharged it will want more than /2 Amp and pull the voltage down until the battery is charged to a certain level. Eventually the battery will try to charge up to 00V which will definitely damage the battery. If you use a regulator circuit running off the solar panel that outputs 2V then you will have a constant voltage circuit which will still be limited to /2A or whatever the regulator is capable of outputting. Of course you can't just go out and connect 00V to any voltage regulator it has to be capable of running from 00V and dropping the voltage to 2V like the original charger that comes with the battery. The same explanation applies to a 72V battery. You have to limit the output voltage to 72V or risk overcharging the battery.

Q:Solar panels for security cameras?
Research using solar panels on stock tank water pumps. Same concept - you use a solar panel to power a remote something or other, only you would have to use a battery charged by day to run the camera at night. It does not look like you would need too powerful of a solar panel, the camera server says it needs less than 5w, no idea on the cameras, so check that out, but the whole system looks rather low power. You could easily get the necessary panels, maybe the battery too, for... I would say $200 (not in one package, you would have to get separate things). Connection of everything would be simple, no electrician needed (but keep that to yourself, depending upon state rules and regs).

Q:Solar panels?
There are RV solar panels but they are mostly for extending the life of the batteries, you should still bring a generator. There are marine solar panels and wind turbines which are larger but many sailing yachts are larger too.

Q:What are the limits of solar panels?
I believe solar panels gather enough energy from the sun in the daytime.I don't own one therefore I AM not a 00% sure unless it runs on batteries,generator or alternator.Who knows it just may plug up at night.

Q:How many wind turbines and solar panels does the world need to replace coal, oil and nuclear power?
There is an abundance of free energy available on this planet. Wave, wind, solar, (underground), and many many others that I can't remember right now. If some of the multi-trillions currently being spent being spent by the US government on defence (and the rest of the planet defending ourselves FROM the US) were re-directed towards exploiting sustainable, long-term energy supplies, then much work would be generated and the cost of energy would drop significantly - in the long run. So, why are we not utilizing these sources of energy? Unbelievably short-sighted right-wing political ideology, that's why! One thing almost never reported about nuclear power, is that there isn't much nuclear power fuel available on this planet. I think I can quite honestly state that when the time comes when we are forced to move from non-renewable to renewable energy production, it will probably be far too late with far too much damage done and the environment will collapse and become incapable of supporting oxygen breathing life-forms. I concluded many years ago that capitalism will probably end all life on this planet one day. Capitalism IS right-wing politics! Do you now see where the problem is coming from?

Q:solar panels and batteries?
If it pulls 9 amps continuously, that's 08 watts/hour or about 2.5 kwh/day. If it only pulls half that (does it cycle?) it's about .2 kwh/day. You only want to drain a lead-acid battery 50% or so, so you'll want a 5 or 2.5 kwh battery pack. A typical setup for the 5 kwh would be two L-6 batteries in series, and for the 2.5 kwh you could use 2 T-05 batteries in series. This does not account for days of cloud. If you regularly have cloudy days, size the battery pack for two or three days of use with no input (2-3 x the sizes given above). To charge them, you typically want panels that will charge your battery at least 5% of its capacity per hour (C/20). For 2 volt nominal panels that's 0 amps for the T-05 or 20 amps for the L-6 batteries. It's good to have more than that for battery life (it cuts down on what's called stratification), so you'll want probably 50-200 watts of panels for the T-05 and 300-400 for the L-6. You'll also need a charge controller. Peltier coolers are very inefficient. You'll save money by using a regular mini-fridge and an inverter. Most mini-fridges only draw 50 watts or so, so you're talking 600 watt-hours for a 50% duty cycle. This means two T-05 batteries will give you two days of use and you'll only need 20-50 watts of panel. DK