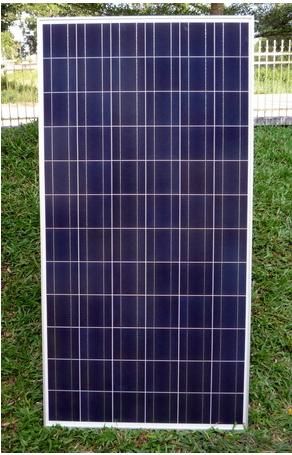 They range from small residential and commercial rooftop systems to large utility-scale solar power stations. Unlike stand-alone power systems, a grid-connected system rarely includes an integrated battery solution, as they are still very expensive. When conditions are right, the grid-connected PV system supplies the excess power, beyond consumption by the connected load, to the utility grid.

Connection of the photovoltaic power system can be done only through an interconnection agreement between the consumer and the utility company. The agreement details the various safety standards to be followed during the connection.[4]

A photovoltaic (in short PV) module is a packaged, connected assembly of typically 6×10 solar cells. Solar Photovoltaic panels constitute the solar array of a photovoltaic system that generates and supplies solar electricity in commercial and residential applications. Each module is rated by its DC output power under standard test conditions, and typically ranges from 100 to 365 watts. The efficiency of a module determines the area of a module given the same rated output – an 8% efficient 230 watt module will have twice the area of a 16% efficient 230 watt module. There are a few commercially available solar panels available that exceed 22% efficiency[1] and reportedly also exceeding 24%.[2][3] A single solar module can produce only a limited amount of power; most installations contain multiple modules. A photovoltaic system typically includes a panel or an array of solar modules, a solar inverter, and sometimes a battery and/or solar tracker and interconnection wiring.

The price of solar power, together with batteries for storage, has continued to fall so that in many countries it is cheaper than ordinary fossil fuel electricity from the grid (there is "grid parity").[4]

Off-the-grid is a system and lifestyle[1] designed to help people function without the support of remote infrastructure, such as an electrical grid. In electricity, off-grid can be stand-alone power system or mini-grids typically to provide a smaller community with electricity. Off-grid electrification is an approach to access electricity used in countries and areas with little access to electricity, due to scattered or distant population. The term off-the-grid (OTG) can refer to living in a self-sufficient manner without reliance on one or more public utilities. People who adopt this lifestyle are called off-gridders.[2] 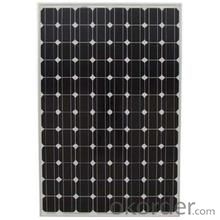 Residential, grid-connected rooftop systems which have a capacity more than 10 kilowatts can meet the load of most consumers.[2] They can feed excess power to the grid where it is consumed by other users. The feedback is done through a meter to monitor power transferred. Photovoltaic wattage may be less than average consumption, in which case the consumer will continue to purchase grid energy, but a lesser amount than previously. If photovoltaic wattage substantially exceeds average consumption, the energy produced by the panels will be much in excess of the demand. In this case, the excess power can yield revenue by selling it to the grid. Depending on their agreement with their local grid energy company, the consumer only needs to pay the cost of electricity consumed less the value of electricity generated. This will be a negative number if more electricity is generated than consumed.[3] Additionally, in some cases, cash incentives are paid from the grid operator to the consumer.

With carton and box

Q:What are the advantages and disadvantages of small-scale solar power generation system?
There are intermittent and random ground application, power generation and climatic conditions in the night or rainy days have little or no power; lower power density, under standard conditions, the solar radiation intensity on the ground received for 1000W/M^2. Large scale use, the need to occupy a larger area; the price is still more expensive, for conventional power generation 3~15 times, the initial investment is high.

Q:Rooftop solar system
Now the national clean energy, photovoltaic power generation policy is more than 10kW can be free of charge, but the price of electricity recovery is very low, cumbersome procedures.

Q:What are the devices needed for PV systems?
Controller。 Device for regulating and controlling electric energy.

Q:Solar power generation system installation which precautions, ah, there is a need for special attention
7, the battery terminal to be strong (10 million can not be short circuit) to pay attention to the polarity of installation, to avoid the explosion and fire. 8, the controller has the corresponding distribution protection measures. But the wiring process should also pay attention to prevent polarity reverse, short circuit, etc.. Avoid unnecessary trouble. Pay attention to the angle of placing and avoid the rain. 9, with inverter system, inverter connected to be connected to the battery positive and negative poles. 10, the construction site must be open, in the installation of solar cells can not be tall buildings or other things blocking the sun. 11, the controller needs to choose low loss, good stability, long life controller. When the installation is clear that the controller is a common negative or common cathode design, so that the entire system connection, installation help.

Q:Solar PV systems
Second distributed photovoltaic power generation refers to the user in the vicinity of the site or the construction of the operation, to the user side of the spontaneous use of their own, the excess electricity and the balance of the distribution network system for the characteristics of the photovoltaic power generation facilities.

Q:Household solar photovoltaic power generation system connected to the grid, how much money?
Sold to the power supply bureau 0.45 yuan once, the state subsidy fee of $0.42, a year issued 3000 kwh.