A solar cell, or photovoltaic cell, is an electrical device that converts the energy of light directly intoelectricity by the photovoltaic effect, which is a physical and chemical phenomenon.[1] It is a form of photoelectric cell, defined as a device whose electrical characteristics, such as current, voltage, or resistance, vary when exposed to light. Solar cells are the building blocks of photovoltaic modules, otherwise known as solar panels.

Photons in sunlight hit the solar panel and are absorbed by semiconducting materials, such as silicon.

Electrons and protons are excited from their current molecular/atomic orbital. Once excited an electron can either dissipate the energy as heat and return to its orbital or travel through the cell until it reaches an electrode. Current flows through the material to cancel the potential and this electricity is captured. The chemical bonds of the material are vital for this process to work, and usually silicon is used in two layers, one layer being bonded with boron, the other phosphorus. These layers have different chemical electric charges and subsequently both drive and direct the current of electrons.[1]

Multiple solar cells in an integrated group, all oriented in one plane, constitute a solar photovoltaic panel or solar photovoltaic module. Photovoltaic modules often have a sheet of glass on the sun-facing side, allowing light to pass while protecting the semiconductor wafers. Solar cells are usually connected in series in modules, creating an additive voltage. Connecting cells in parallel yields a higher current; however, problems such as shadow effects can shut down the weaker (less illuminated) parallel string (a number of series connected cells) causing substantial power loss and possible damage because of the reverse bias applied to the shadowed cells by their illuminated partners. Strings of series cells are usually handled independently and not connected in parallel, though (as of 2014) individual power boxes are often supplied for each module, and are connected in parallel. Although modules can be interconnected to create an array with the desired peak DC voltage and loading current capacity, using independent MPPTs (maximum power point trackers) is preferable. Otherwise, shunt diodes can reduce shadowing power loss in arrays with series/parallel connected cells.[citation needed] 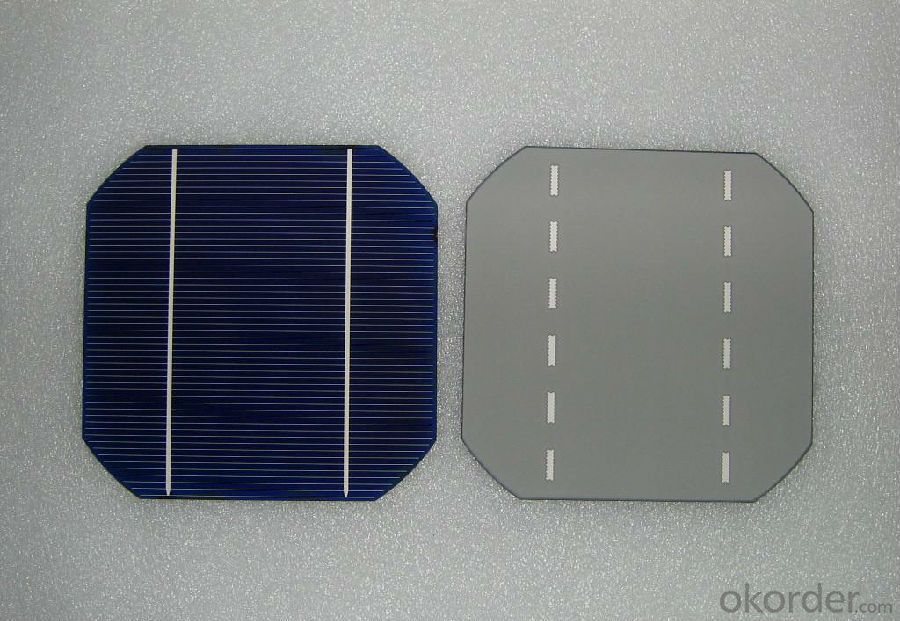 5. Precise screen printing and high smoothness to ensure the cells are easy to be automatically welded and cut by laser.

Peak power of single module is guaranteed in ±0.2%
For solar cells, we assure no cracking or any wholes on it.

For Modules, we assure the 20-year life span.