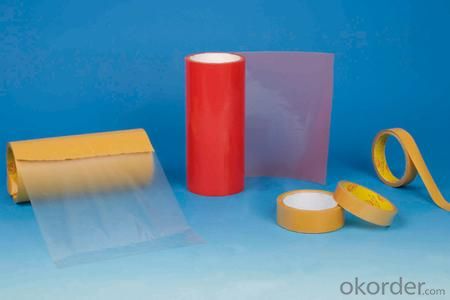 Fixing of ornament hook. Or Signboard.

Q:What is the quota for PE membrane isolation layer?
Polyethylene film is a commonly used plastic film, because of its non-toxic, so a lot of food used for making packaging bags. Notice the difference between PVC and polyvinyl chloride (PVC). The simple way is to make the polyethylene film for ignition, and the non flammable is PVC film.A separation layer between a polyethylene film, a barrier layer, an intervening coil, and concrete or other protective layer. It is also considered a separate protective layer.

Q:What's the raw tape?
A white, opaque, membranous, polytetrafluoroethylene product, used as a supplement in plumbing and plumbing. Chemical name is PTFE, the product name is "PTFE" - raw tape. Raw rubber tape is PTFE - the commonly known as raw meal belt. The raw rubber tape is mainly used for the interface of hot and cold water supply pipe fittings, so as to enhance the tightness of the pipe connection, prevent the interface from leaking, and increase the leak proof function of the interface. At present, sanitary tapes are used in HVAC and water supply and drainage.

Q:What's the name of the tape?
First of all, the tape, as soon as we hear the name, we are wondering whether it is the raw tape, is it still cooked tape?. In fact, this is not the case, raw tape is also called raw meal belt.

Q:Is the adhesive tape for the electrician plastic?
Polyvinyl chloride film is used as base material and coated with rubber pressure-sensitive adhesive.The electrician tape used to use electrical specifically to prevent leakage, insulation tape. The utility model has the advantages of good insulation, pressure resistance, flame retardance, weather resistance, etc. the utility model is suitable for the connection of wires, the protection of electrical insulation, etc..

Q:How do you distinguish between TPU tape and PVC tape?
Also, TPU is better than PVC, and the price is much higher than PVC