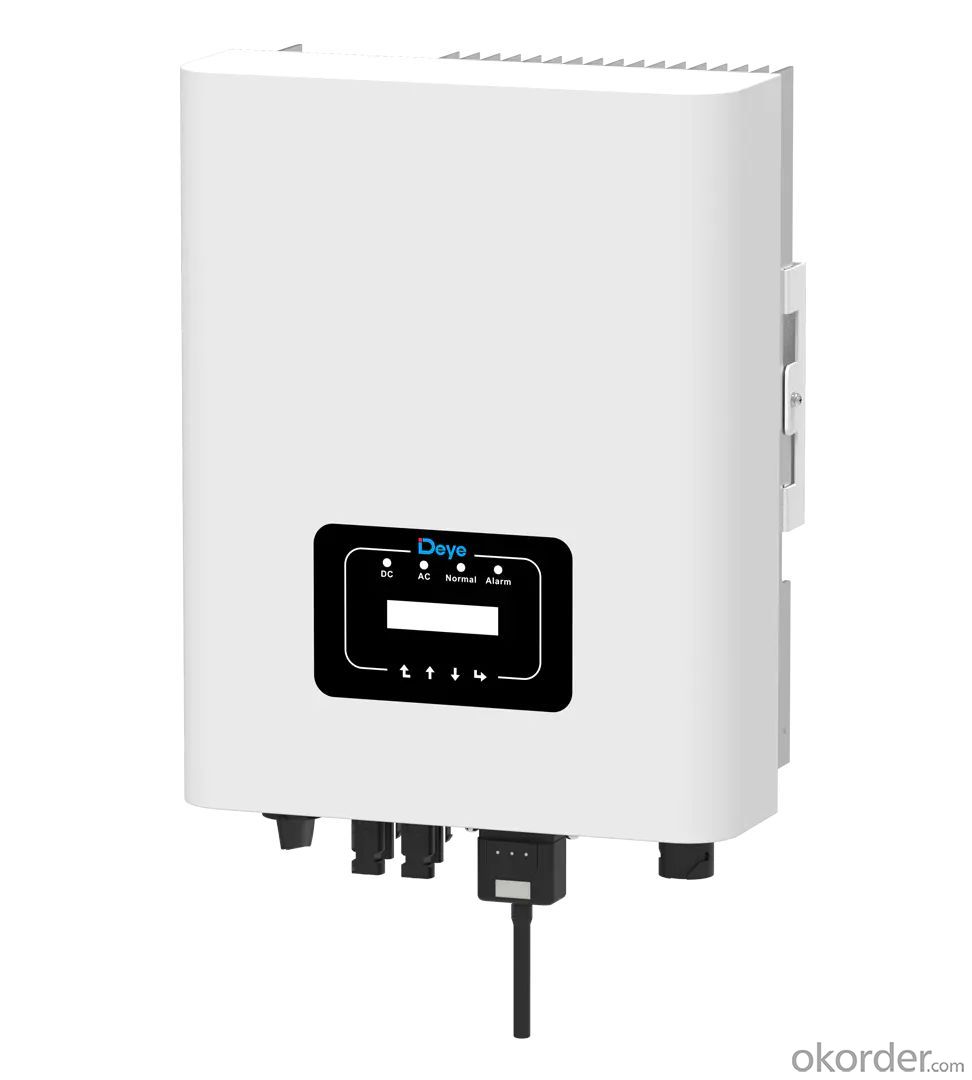 Q:Generally a large grid-connected photovoltaic power plant will have several inverters
Group is the use of a number of grid-connected inverter and grid-connected AC power grid, the advantage is the loss of small, low cost of the cable (because the PV cable is more expensive), eliminating the cost of the convergence box, and multiple

Q:In a photovoltaic grid-connected project, the role of the inverter is to convert the voltage into AC 220V or 380V for the grid, since the transformer will raise the voltage again
Part of the distributed grid-connected projects, the basic are "spontaneous use, the power of the Internet," these do not need to boost, because the extra power is actually consumed by the surrounding electricity users, do not boost to a Level power grid;

Q:Three-phase photovoltaic inverter grid, the use of phase-locked loop is what?
Photovoltaic inverters for grid-connected photovoltaic power generation systems are primarily capable of receiving DC power from photovoltaic arrays and converting them into sine-wave currents of the same frequency and in phase with the access grid for powering the grid or local loads.

Q:Photovoltaic grid-connected inverter without DC emc how will happen
can convert light energy into electricity, so that the current flow from one side to the other, the general can be issued equivalent to 10 to 20% of the received light energy. In general, the stronger the light, the more electricity is generated. Its working principle is based on the semiconductor PN junction of the photovoltaic effect. The so-called photodynamic effect is when the object by the light, the object within the charge distribution of the state of the electromotive force and current generated an effect.

Q:What is the difference between a grid-connected inverter and an off-grid inverter? What are the advantages of a hybrid inverter?
Off-grid inverter is equivalent to their own to establish an independent small power grid, mainly to control their own voltage, is a voltage source.

Q:The function of photovoltaic grid - connected inverter
After some additional voltage buffering, the left side of the bridge is usually 18 ~ 20khz switching frequency, the dc voltage is converted to ac voltage.

Q:Is the PV inverter a current source or a voltage source?
Photovoltaic inverter, also known as power regulator, according to the inverter in the use of photovoltaic power generation system can be divided into two kinds of independent power supply and grid.